All said, the initial episodes provide an enticing build-up, but it is overly stretched before the actual action and courtroom drama begins. Therefore, if you’re looking for nail-biting suspense, then this season of criminal justice might be somewhat underwhelming. But, without a doubt, this legal drama is worth watching for Pankaj Tripathi.

Still, the series, directed by Rohan Sippy and produced by Applause Entertainment in association with BBC Studios, remained engaging. The horrific murder of a young girl, a teenaged lad in the dock for the crime, complex modern-day iterations of nuclear families, the inter-cutting between legal proceedings and cop procedures, overlaid with Mishra Ji’s implacable good cheer, was enough to keep me with it.

In its third season however, Criminal Justice feels flaky, a bland, unconvincing repetition of the first season almost stumbling across a story without conviction or sight of its destination. Unfortunately, this time around even Tripathi can’t act as saviour.

The writing unravels complications in equations even as it gradually simplifies the case and takes it to a solution that’s not apparent at the beginning. With Mishra quietly stating, “Nyay and badla are not the same,” and learning the new phrase “Confirmation bias” which he uses to advantage in the courtroom, the dialogues too sit well with the main characters.

This season of ‘Criminal Justice’ focuses on a juvenile case trial for the murder of Zara Ahuja (Deshna Dugad), a teenage celebrity. Mukul Ahuja (Aaditya Gupta), her stepbrother, becomes the prime suspect after all evidence points to him. As a result, no one is willing to take Mukul’s case, but his mother Avantika (Swastika Banerjee) turns to advocate Madhav Mishra (Pankaj Tripathi) for help. Will he be able to uncover the truth and prevail against all odds? 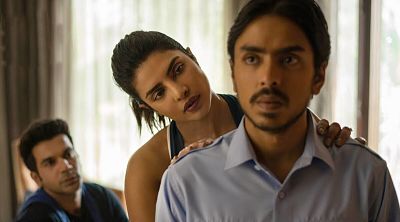