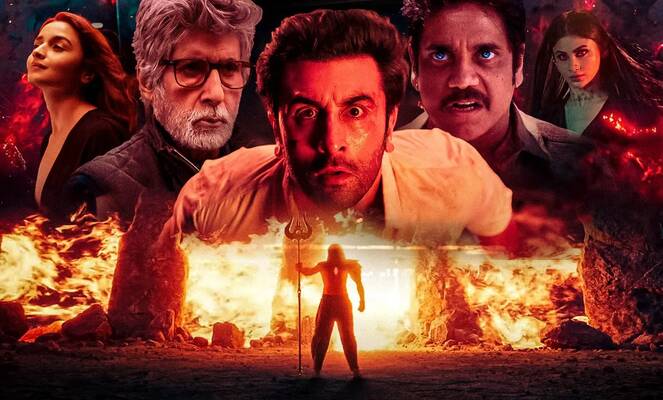 Ayan Mukerji’s direction is splendid. He has made a unique film for the Hindi film-going audience and has complemented the high-on-visual-effects drama with a heart-touching story, juxtaposing both beautifully. His narration is remarkable. On the whole, Brahmastra: Part One – Shiva is a super-duper hit. It will do phenomenal business at the box-office and will also take Indian cinema several notches higher on the international map as far as visual effects are concerned.

Brahmāstra is a king-sized disappointment… High on VFX, low on content second half nosedives… Brahmāstra could’ve been a game changer, but, alas, it’s a missed opportunity… All gloss, no soul.

Brahmastra starts at a high note with an action scene and a major cameo however the constant explaination flatten out the Storytelling. What is consistently good in Brahamstra is the VFX as the 3D and special effects are staggering. As Rajamouli taught us that for dazzling action and spectacle to work it must be rooted in grand emotion which is missing here.  Will I be in line for part 2 Absolutely but I hope in the next film Ayan constructs his vast fantasy on stronger scaffolding For it to become as groundbreaking as MCU the script needs to be as sparkling as the special effects.

The line between great and good lies in a believable, character-led story that emotionally engages you. The most imaginative worlds created by cinema’s geniuses eventually rely on the writing to keep everything else glued perfectly in their places. With all its pluses, nothing makes up for the emotional deficits that Brahmastra suffers. If that had been paid more attention to, it would have gone a long way in making the proceedings more praise-worthy.

All said and done, Brahmastra has pro-level VFX bundled with enough mythology to keep things interesting. It contains everything that the best-looking Indian film should have with some obvious flaws.

The plot is special as Shiva and Isha’s story takes the centre stage in an innovative way. However, there are a few places where you feel the lag and to add to the misery it gets confusing too. ‘Brahmāstra Part One: Shiva’ is a wholesome family entertainer which will surely compel you to draw a comparison with Hollywood’s Marvel series. But, Yes! For the first time in Bollywood, the makers have tried something different and bigger on that scale.

The visual treat alone is worth the prove of admission for Brahmastra twice over. The dialogues and romance could’ve been streamlined, but the fantasy world and folklore that draw you in are enough to ensure that hardly anybody should walk out of the theatre saying that they didn’t have a good time. I’m going with 3.5 out of 5 stars.

At a time when Hollywood titles like Lord of the Rings and House of the Dragon are dominating the visual effects space, Brahmastra is a gentle reminder that India too isn’t behind in the VFX game and has some of the best work in this genre. Ayan’s message of love defeating darkness and despair couldn’t come at a better time! Brahmastra Part One: Shiva is a visual feast worth your time. Don’t skip this one.

Brahmastra Part One: Shiva is a spectacular production that benefits immensely from the VFX done by DNEG. The crucial action scenes, even as they strain credibility, throb with life and deliver their share of excitement.Brahmastra Part One: Shiva, ambitious and entertaining, has the makings of a blockbuster of the sort that Bollywood has been desperately seeking for a while.

This isn’t the usual formula for a romantic comedy, nor is it typical for Indian cinema, which roots itself in ancient mysticism and mythology. Yet that’s what makes writer-director Ayan Mukerji’s sprawling epic “Brahmāstra Part One: Shiva” special and innovative. He smashes up genre conventions as Western cinematic influences readily comingle with pure Bollywood razzle-dazzle. And though the story is occasionally overcomplicated and the spectacle excites and exhausts in equal measure (as even Marvel movies do), it’s a wildly entertaining jump start to a planned trilogy – touted as Bollywood’s first original cinematic universe, the “Astraverse.”

Shiva, a DJ learns about his strange connection with the element of fire, and also holds the power to awaken the Brahmāstra, a supernatural weapon that is said to be able to destroy the universe, capable of destroying creation and vanquishing all beings. On the other hand, Junoon, the queen of dark forces is also on a quest to get hold of the Brahmāstra. How does Shiva thwart and vanquishes Junoon’s intentions, and also learning about Brahmāstra forms the crux of the plot. 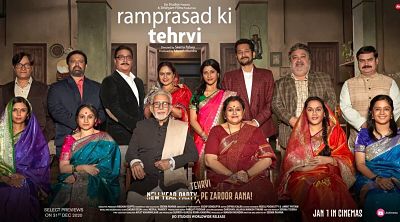