Tiger Zinda Hai is an improvement on 2012’s Ek Tha Tiger whose simplistic politics of the region and cringey central romance distracted from some decent action sequences. Loosely based on true events, the new film, however, is a slick affair, and although the politics is still simplistic, director Ali Abbas Zafar goes balls-out with the action, Tiger Zinda Hai is way too long at 2 hours and 41 minutes, but it packs some thrilling action and a beloved leading man presented in just the manner that the fans seem to want to see him.I’m going with three out of five.

Salman is the lifeline, the real treasure of #TigerZindaHai. He sinks his teeth into the character and, in several sequences, peels off the mask of superstardom and brings the actor to the fore… Katrina is in solid form, in action sequences specifically. Commands attention…TigerZindaHai has several strengths: Engaging storyline. Enthralling screenplay that’s powered with clap-trap dialogue. Authentic texture of the world it’s set in. Trendy soundtrack. Last but not the least, the stunningly executed action pieces…

Ali Abbas Zafar’s dialogues are excellent and several of them are clapworthy. In fact, some dialogues will elicit loud and huge rounds of applause. But one does wish, there were more such dialogues. On the whole, Tiger Zinda Hai is a super-entertainer and will yield very huge profits at the ticket windows. The super-hit fare will turn out to be one of the biggest blockbusters of all times.

Salman Khan’s stardom trumps storytelling. But there’s not enough of an adrenalin rush or entertainment in director-writer Ali Abbas Zafar’s thriller. Tiger Zinda Hai is flat out exhausting. The story is much too long and convoluted. The frame is filled with characters but apart from Tiger, none of them make an impact. And for me, the weakest link is that there is nothing that moors you emotionally. But none of this is enough to propel the film or to give you a high. Tiger Zinda Hai is fun in bits and spurts but there isn’t enough buoyancy to make it a slam dunk.

With such a premise, the storyline needed to be far more compelling and the editing much tauter. Needless to add, a lot of sequences defy logic, but at the same time, there are many moments that will leave Salman Khan and action film fans impressed. Whether Tiger is Zinda or not for the next round, that’s for you to find out.

I’d enjoyed the first one while it lasted. I had fun in this one too, once I got past the whole ‘Come Children, Here’s Make A Spy Story For You’ explanatory mode of the flick, directed this time by Ali Abbas Zafar. Literally every plot point is picked up and repeated BEFORE it happens, so everything is easy peasy, comic-book-y. I shut my ears every time this happened, and returned only when the action re-started. Which, let me tell you, there is plenty of, and almost all well-choreographed, even if familiar. And the number of vehicles going up in smoke should give Rohit Shetty a complex.

On the whole, TIGER ZINDA HAI is a high-octane masala entertainer that stays true to its genre. At the box office, the audiences will give the film an epic ‘swagat’ as it is bound to entertain them thoroughly. This one is a SURE SHOT BLOCKBUSTER and nothing can stop it from setting new records.

his film simply isn’t interested in achieving any balance. The emphasis is unwaveringly on Salman the saviour. Katrina, fetching but flimsy, is compelled to take a backseat. Mercifully, the principal antagonist Abu Usman, played by Iran-born, UAE-raised Sajjad Delafrooz is no pushover: he makes his presence felt in no uncertain terms.Undeniably impressive in terms of its scale and flawless technical attributes, Tiger Zinda Hai is an exercise that rings utterly hollow. Its surface nous cannot conceal the sheer purposeless of all the noise it generates.

What’s Good: Despite a Salman Khan film when a director puts story as his priority, that’s a major good. Salman Khan proving yet again why he’s termed as Blockbuster Khan!What’s Bad: There are few loopholes but can be totally ignored as the movie never fails to keep you delighted by its grandness.Loo Break: Why? Tiger abhi zinda hai!Watch or Not?: Even if you have never got entertained by Salman Khan (Which could never be the case) go and watch this movie.

A pure entertainer, TZH is based on a real incident that shook the nation a few years ago – that of nurses being taken hostage in Iraq. In this case, the writer/director mixes them up into Indian and Pakistani nurses that thus allow both RAW and ISI scope to work together. Salman Khan and Katrina Kaif head operations of RAW and ISI respectively to rescue the nurses and bring them to safety from terrorist Abu Usman played by the gorgeous UAE-based Iranian actor Sajjad Delfarooz.Well scripted, well shot and engaging TZH is a good watch and a very entertaining film.

While the film is largely testosterone-laced, the vision of Kaif executing deadly stunts is a bloody sight to behold. While she’s stone-faced in emotional scenes, she seems to revel in pummelling people to the ground.Watch this if you are in the mood to see a stoic, stone-faced swashbuckling superhero, aka Salman Khan, and some supremely well-executed action sequences. Don’t go looking for soul, though. 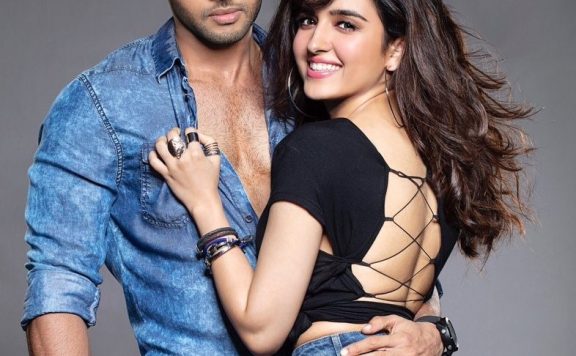