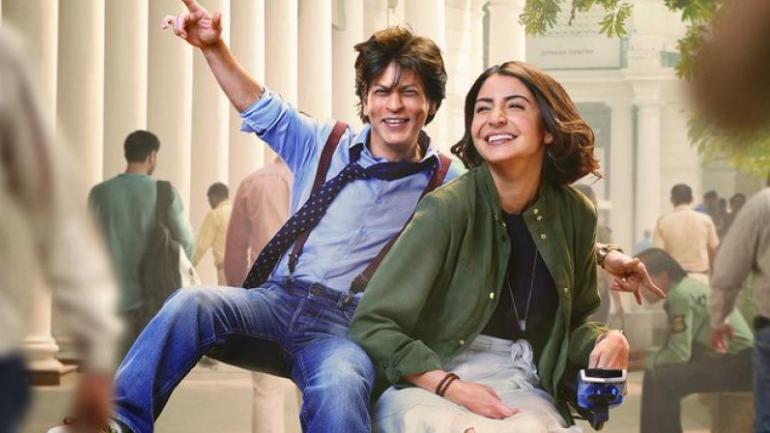 It’s a shame Zero comes undone, because the ambition and the effort is visible. Shah Rukh Khan is especially entertaining in the first half while the script stays on track. But in the end it feels as if the makers threw everything at the wall and decided to see what sticks. Unfortunately, very little does. I’m going with two out of five for Zero.

Expected so much from this collaboration [SRK and director Aanand L Rai]… Sadly, the flawed writing – especially the second hour – takes the film downhill… EPIC DISAPPOINTMENT…

The truth is that I’m still trying to understand Zero. The story begins in Meerut and somehow moves to Mars. It’s so bizarre and implausible and incoherent that I kept wondering if pages in the script went missing or too many scenes were slashed or if I’m just missing the point.Zero strains for sweep and scale. The visual language suggests a glamorous fairy tale. The VFX is convincing and I loved the Ajay-Atul ballad Mere Naam Tu. But the rest of this film left me stumped and eventually, sad. Because when artists take such ambitious creative risks, you are really rooting for them to succeed.

Aanand L. Rai’s direction is good but, like the script, his narration is also unable to make the drama very believable. On the whole, Zero is too fantastical and hence very difficult for the audience to digest. It’s a soulless love story which doesn’t touch the heart and will, therefore, face rejection at the box-office after the initial euphoria dies down.

Zero, riding on SRK’s back, reaches for the stars. But its astral ambitions are thwarted by a lack of imagination and genuine understanding of the minds of people struggling to ward off undeserved ridicule and earn rightful recognition. But whoever expects such niceties from a movie that rarely rises above the level of unalloyed bilge?

The first half of Zero is flat-out fantastic, an unabashed charm-offensive from Rai, Khan and the film’s writer Himanshu Sharma. It is as the film continues, and gets more fanciful, that the seams start to show. Rai is aiming high with this fable, but the director’s usual issues show up. The film threatens to become yet another romanticisation of an obsessive hero who refuses to go away and to take no for an answer. Rai is unbeatable in the small-town milieu, but the film outgrows Meerut, and its wit dries up even as the drama heightens.Still that Shah Rukh charm is dashed hard to deny, and, as he boasts to his lover in the film, those dimples aren’t store-bought.

A great concept needs an equally skillful execution, but not every good story gets the treatment it deserves. Zero has a story with an interesting and inspiring concept that doesn’t hold back with its outrageousness. This Meerut-to-Mars romance dabbles with ideas of science, interplanetary travel and closer to home, conventional themes like unrequited and undying love. In doing so, the film tries to put forth too many ideas and doesn’t quite do justice to any one.these details don’t compensate for a story that starts with a beautiful plot, but takes off on a bizarre ride. At first go, the film makes you light and easy, which is good, but the problem is that it doesn’t really take you on that flight of entertainment, which you set out for.

Two people in challenging circumstances trying to find intimacy is a great premise, especially if there is awareness of how ‘out- of- the- norm’ people are forced to deal with so-called normal people: And Zero’ could have done it twice over, because Afia (Sharma), one of its female characters, is a wheelchair bound NASA scientist with cerebral palsy.But Zero fails spectacularly at giving us anything we can believe in, and we go from start to finish, with disbelief growing with each passing frame.

Shah Rukh Khan shrinks to conquer in Aanand L Rai’s Zero, a movie that probably sounded interesting at the concept stage but ends up being irretrievably outlandish in its execution. The romantic comedy about a vertically challenged man’s attempt to balance his love for a cerebral palsy-affected scientist with his adoration of a movie star ends up as an unintended circus act.

Building a story around a character with a handicap or a birth deformity is always a challenge. Does he dwell in self-pity? Can he look beyond his inabilities and cherish life for what it’s worth like Nana Patekar from Khamoshi: The Musical? This film’s Bauaa basks in his own buffoonery and has a bloated and misguided self-worth that makes him more abominable than adorable. Without giving away the film’s mind-bending plot, in some way, he even wrongs the female lead in question. And yet, we’re expected to pray that things fall in his favour in the end? Surely, the who signed off on this one was being short-sighted.

And the most frustrating part is that the film had picked up well in the beginning. You will see Aanand L. Rai’s imprint in the first half of the film – that fimiliar small town humour and jaded relationships that we have come to love in films like Raanjhanaa and Tanu Weds Manu, but in the second half Zero moved from the real world to the fantastical one and everything was off!.Peddle it as a family film or as a romantic film, it fails on both fronts. And honestly, the writing is to blame. The first half had so much potential that it’ll piss you off when the second half turns out to be as nonsensical as it does. Also, the movie is way too long. If you are an ardent SRK fan, go check it out but dump your expectations at the entry of the theatre.

What’s Good: Everything coming out of Bauua Singh’s mouth is hilarious from the word go – so half of the credit goes to the writer Himanshu Sharma and another half to of course Shah Rukh Khan, a couple of moments which will just astonish the human out of you What’s Bad: Most of the second half fizzles & that breaks the captivating link created by the first half, connect could surely have been better & editing crispier. Watch or Not?: It’s not your run-of-the-mill love story, it’s different, it’s beautiful but it’s stretched & bizarre at places. Go for Shah Rukh Khan & the honesty he has towards his work

Short in stature but big on love, a bachelor meets two very different women who broaden his horizons and help him find purpose in life.The story revolves around Bauua Singh (Shah Rukh Khan), a vertically challenged man, who is full of charm and wit, with a pinch of arrogance. Born to a wealthy family and raised in an environment of affluence.