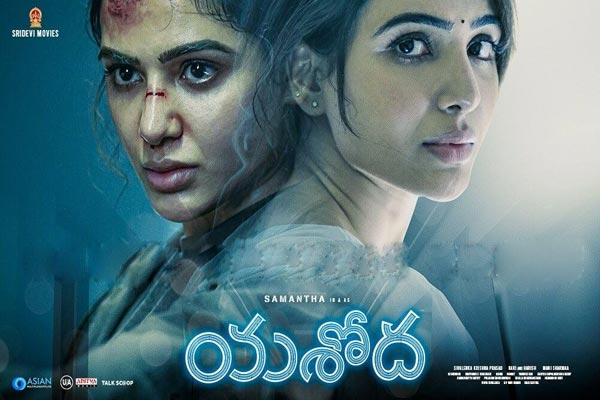 Yashoda is the film to catch this weekend if you’re looking for something beyond the usual masala fare or love stories. Watch it especially if you’re a fan of thrillers or are a fan of Samantha. You won’t regret it.

“Yashoda” works in parts. Samantha’s performance and presence, as well as the film’s basic concept and certain episodes, are its strong points. Despite some predictability, it makes an okay watch.

On the whole, Yashoda is Samantha’s one woman show. Right from the first frame, she carries the film on her shoulders and gives a solid performance. A few logical errors and slow start are basic drawbacks. If you ignore these aspects, Yashoda has an interesting backdrop and makes for a decent watch this weekend.

This is where Yashoda falters. The proceedings to the interval and the climax are laden with some unintentionally funny sequences, which is one of the reasons why the audiences are never truly invested in the story. Even when the backstories of Yashoda and Madhu are unfolding on screen, you watch it with a blank expression on your face.Yashoda could have been much better had the director duo concentrated on not stating the obvious.

Overall, Godfather is a drama-driven mass fare with Chiranjeevi and good primary casting involving Satya Dev and Nayanthara. They hold things together until the end, when the narrative collapses into mundaneness. It is a decent one-time watch and offers something to cheer for Mega fans after the star’s last debacle.

A young woman named Yashoda decides to become a surrogate in exchange for money. However, she learns about illegal activities regarding surrogacy and sets out to bring the perpetrators to justice.