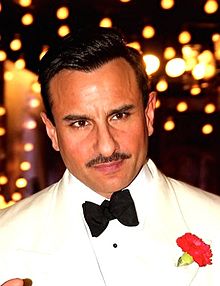 Saif Ali Khan whose real name is Sajid Ali Khan Pataudi has a net worth of $ 175 Million. Saif Ali Khan is an actor, producer who has been working in Bollywood for over 30 years .

Saif Ali Khan has inherited his property Pataudi Palace also known as Ibrahim Kothi which is worth 900 Crores from his father on his death. The property consists of 10 acres which is located in Pataudi town in Gurgaon, Haryana.

The Pataudi Palace is a colonial mansion designed in the style of colonial mansions of Delhi in early 1900s. It was built by Robert Tor Russell and refurbished by interior designer Darshini Shah in 2014, which adds to its aesthetic appeal.

Saif Ali Khan and Kareena kapoor used to live in 4 storey home Fortune heights Mumbai but he has now rented that apartment for 3.5 Lakh per month rent and moved to a house in Bandra called Satguru Sharan.

Saif is married to actress Kareena Kapoor and Amrita Singh. Saif also has four children with two women, including actor Ibrahim Khan and actress Sara Ali Khan with Amrita Singh and Taimur and Jeh with Kareena Kapoor. Saif married Amrita Singh in 1991 and divorced her in 2004 . He married his second wife Kareena Kapoor in 2012 and their marriage venue was the legendary Pataudi Palace.

How Old is Saif Ali Khan: Age & Date of Birth?

How tall is Saif Ali Khan?

How much does Saif Ali Khan Weight?

Saif Ali Khan is an Indian actor and producer, who has starred in several Bollywood films.  Saif has also been awarded Padma Shri which is the fourth highest Civilian award

He made his acting debut in Yash Chopra’s drama Parampara. Saif’s career prospects declined through most of the 1990s .His first success came in 1994 with Main Khiladi Tu Anari and Yeh Dillagi, but he soon saw his career decline.  In 90s he got only success in movies having large ensemble cast Kal Ho Na Ho , Hum Saath Saath and Dil Chahta hain hain. He had a breakthrough with his lead role in  and as Raj in Hum Tum (2004). Success followed with films like Salaam Namaste and Race, leading to an even better future as Saif’s acting career continued to flourish. His roles have included romantic comedy-drama, Parineeta; drama film Salaam Namaste; and also Dil Chahta Hai .

Saif Ali Khan is a popular Indian actor, commercially successful and has had his greatest success with the 2008 thriller Race and its 2013 sequel, the 2009 romantic drama Love Aaj Kal, and the 2012 romantic comedy-drama Cocktail. He got critical acclaim in 2004 when he starred in Ek Hasina Thi.

In 2009, he switched his career from acting to production with Illuminati Films as the company’s first project was Love Aaj Kal which was a big success.