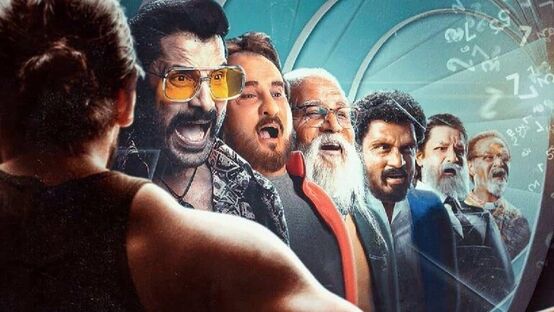 Ajay Gnanamuthu’s Cobra is the kind of an overwrought, overlong, over-indulgent, overloud and over-the-top action entertainer that is made in an old-fashioned way, stuffed with scenes that pander to its star’s image, flashbacks that are one too many, romantic tracks that are tepid, with a pair of bland female leads, and songs that seem to have been included only because they have a big-name composer (AR Rahman) on board. There are some impressive moments, of course, but the excesses turnt the film into a tiresome affair after a while.

On the whole, Cobra is a watchable film that does pique our interest with respect to its ideas. Ajay had a big, complex film and tried to bring his thoughts to the screen, but the film definitely needed more drafts and more clarity and maturity in its presentation. Yet, it is worth a watch for a good chunk of scenes that it has, along with the phenomenal performance by Chiyaan Vikram.

Cobra, which has music by AR Rahman, has no silent moments. Every scene is heavy with Rahman’s pulsating score. Cinematography by Bhuvan Srinivasan and Harish Kannan was perfect for the film, which is mounted on a huge canvas. On the whole, Cobra is an underwhelming watch that solely relies on Chiyaan Vikram’s acting chops. So, yeah, it hisses but misses.

The director seems to have forgotten what he wanted to tell after a point. The three-hour movie drags in many directions but never comes to the original intended goal. The final hour is really silly and illogical. In a nutshell, “Cobra” is overlong and overloud. The film creates interest just before the interval but after that, it gets tiresome and becomes a complete bore.

On the whole, Cobra is a half baked action drama that starts well and goes down in the second half. Vikram’s performance is top notch and AR Rahman’s music is an asset. In a way, what could have been an interesting thriller is spoilt by a confusing narration making this film a dull and lengthy watch this weekend.

A celebrated Turkish Interpol officer, Aslan Yilmaz, has been in the pursuit of a most wanted criminal, named Cobra, who is known for executing flawless assassinations of the most high-powered global leaders. He gets inputs and clues from, various sources, about the identity of Cobra. The rest of the plot is about Aslan tracking Cobra and how does Madhiazhagan, a maths professor is involved, forms the crux of the plot.