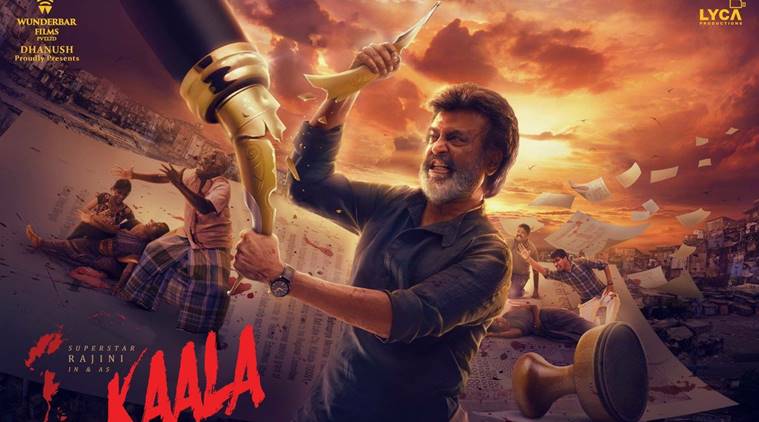 Far more coherent and considerably more enjoyable than 2016’s disappointing underworld rivalry saga Kabali – also directed by Pa Ranjith – Kaala is a return to storytelling and character-based acting. This is an unmistakably political film, in fact, which isn’t shy of revealing its secular and socialist leanings, and its allergy to Hindu nationalism. Ranjith conveys some big ideas in a relatively straightforward story that hat-tips to multiple influences including the Ramayana, and The Godfather.I’m going with three out of five for Kaala. Ranjith humanizes Superstar Rajnikanth in a character worthy of his talent. Now if only the film was about 20 minutes shorter.

The film loses some of its pace in the second half, is slightly sluggish and somewhat predictable. There’s a battle of sorts between Hari Dada and Kaala, with the former initially gaining the upper hand in his quest for revenge. Director Ranjith makes an impact here and the way Kaala fights back, using the people as his weapon, and protest against the establishment is great to watch.

This one is all over the place, sadly. It tries to say more, but it also emerges more muddled. The narrative of the slumdog saviour of Dharavi doesn’t gel with the invincible posturing and bombastic dialogues of the leading man. The villain, a politician-builder played by Nana Patekar in very Shiv Sena vein, is more intriguing than the heroic character of Kaala, a former gangster and now grandfather to the chawl of Dharavi. This Nanasaheb knows what he wants and how to get it, while Kaala – for all his ‘black is beautiful’ talk – comes up more than a bit short.

This time around, with Kaala, things have become far more clear. Kaala is certainly more a Ranjith movie than Rajinikanth and that isn’t a terrible thing, given the fact that Rajinikanth isn’t merely a star anymore… he’s a politician too. The timing couldn’t have been better for their reunion.

Kaala isn’t a film about a gangster but a film about revolution. And Ranjith stays true to his objective. The traces of what we saw in Kabali have been fleshed out and beautifully embellished. Just the mere fact that I have mentioned Ranjith more than Rajinikanth in this review is an indication of the voice he has as a filmmaker. And it is also equally appreciable that Rajinikanth has let the young filmmaker holler through him. At the audio launch, Rajini had said that Kabali was more of a Ranjith film while Kaala was a Rajini-Ranjith film. Kabali was Ranjith trying to make a Rajinikanth film. Kaala is Rajinikanth starring in a Ranjith film.

Eswari Rao as Selvi, Kaala’s wife, director Samuthirakani as Kaala’s drunken brother-in-law and Anjali Patil as the fearless Tamil-Marathi speaking activist are a treat to watch. Nana Patekar makes up for his poorly dubbed Tamil dialogues by his powerful acting and delivery. Huma Qureshi does a fairly decent job, but leaves a lot to be desired. Kaala is Rajinikanth’s film all the way. It’s the kind of Rajinikanth movie you have been waiting for a decade. It’s the film you can take your appa, amma, pati, or even your girlfriend and everyone will walk home with a smile.

Kaala is an archetypal Pa Ranjith film with adequate Superstar mass moments. Rajinikanth is back with full vigour and energy, which is a major boost. His evergreen screen presence is exemplary and unmatchable no matter how old he gets. Rajini’s costumes and other accessories like coolers and umbrella have become style statements among the younger lot already. Fans who are longing to watch Rajini in a complete mass avatar are will be pleased.

Undoubtedly, Kaala is a better effort than Kabali, but this is not saying much, given the fact that Rajinikanth is still being called upon to play a hero, who is made out to be larger than life, though he is left holding a physique that does not quite match his screen persona. He looks so listless in scene after scene. Surely, the superstar himself must be tired of glaring at his opponents, and knocking around with men who are ready to fall down even before Rajinikanth’s blows land on them!

Kaala who runs away from Tirunelveli in his childhood, moves to Mumbai where he becomes a powerful don living in the slums of Dharavi.