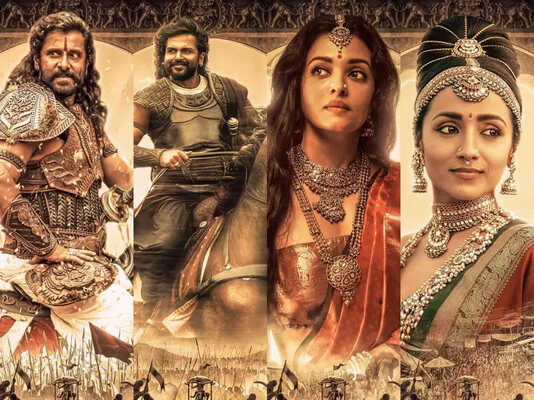 Mani Ratnam’s direction is good as far as technique is concerned, but he has not been able to penetrate into people’s hearts with his narration. In that sense, his narration fails to engage the viewers. On the whole, Ponniyin Selvan – I is a boring fare which will not find too many takers among the Hindi film-going audiences. Its Hindi dubbed version will, therefore, flop at the ticket windows.

The difference between Mani Ratnam’s brand of commercial films and the rest becomes evident with Ponniyin Selvan. He doesn’t make demi-gods out of his heroes, they are just kings. Also, the filmmaker respects the audience. and that’s why PS 1 is rewarding. He also understands that Ponniyin Selvan is itself a mainstream page-turner that panders to the audience. Hence, he neither dumbs it down nor intellectualizes it. Instead, he retains the flavour of the widely-enjoyed book in this thoroughly enjoyable film.

Ponniyin Selvan is an iconic book and one that has enthralled readers in the South for years, the adaptation does manage to explain why showing the basics, but the big show lacks the thunder it must have. Part 2 has a lot to answer and if the approach stays like the first, hopes are dim.

Mani Ratnam finally brings the dream alive with this spectacular adaptation that superbly captures the intrigue, thrills and page-turning quality of the books. In this first of a two-part franchise, the director and his writers — Jeyamohan and Ilango Kumaravel — rise up to the challenge. The manner in which they have condensed the novel is admirable, with the changes — like Kundhavai storming into a secret discussion, the introduction of Ponniyin Selvan’s mysterious saviour – adding to the momentum of the narrative. Jeyamohan’s dialogues are especially a highlight as he uses language that is both classical and colloquial without making it seem odd.

The film, a historical fiction, is adapted from Kalki Krishnamurthy’s epic Tamil literary novel that encapsulates the power struggle that rattled the Chola Dynasty. Mani Ratnam’s adaptation of the epic is high on VFX and does not follow the usual template of a period film. He takes his own sweet time to build the world of Ponniyin Selvan and throws in crucial details through his characters matter-of-factly.Ponniyin Selvan: Part 1 ends on a high as it reveals the identity of an important character. That sets the tone for the second part, which will release in 2023.

Probably the most exciting element about Ponniyin Selvan – Part 1 is the story itself. Upon watching the film, one might finally get the answer to the question why is Ponniyin Selvan one of the best selling novels in the country. Right from the word Go, there is a natural tension that is present in each scene, keeping us on the edge of our seats.

On the whole, Ponniyin Selvan 1 is a film that delivers just what we expected – a drama that stays true to its source material. Mani Ratnam decides to do it in his way and that drives down the potential excitement that could have been explored, but nevertheless, this is stuff worth watching on the big screen at least once.

Your experience could largely vary depending on your familiarity with Kalki’s novel. PS 1 is largely condensed, and plot driven. So, the emotions of characters and the significance of crucial events don’t register as impactfully as one would have liked. But it also has some other things going for it. It delivers on the joys of watching a big scale movie with a studded star cast. Most importantly, it remains engaging despite the lack of high moments and has us anticipating the second part!

Ponniyin Selvan: Part 1 story revolves around Vandiyathevan, a charming young man who sets out to the Chola land to deliver a message to the King and the Princess from the Crown Prince Aditya Karikalan. The story shuttles between Vandiyathevan’s travels in Chola country and the young Prince Arulmozhivarman’s travels in Sri Lanka.