In case you missed the first two hours of the film, pitaji ensures you don’t miss out on it by repeating the gyaan in the climax. Isn’t he just like the song dedicated to him? ‘Papa the geerate (read great)’. Nonetheless, the film is a treat for this guru’s fans since he appears practically in every scene.

As a result of poor and amateurish direction, the film tends to suffer big time, and starts looking and behaving as a propaganda documentary of Ram Rahim Singh Ji Insan. . On the whole, MSG: THE MESSENGER is a film that can be watched once… purely for the dynamics and the histrionics of the endearing Gurmeet Ram Rahim Singh Ji Insan, whose onscreen antics seem to make the onscreen antics of Rajnikanth look like a child’s play!

The whole film looks like those Pakistani VFX videos we laugh at on YouTube and — while there is definitely, definitely something to be said for a film where a talking Barbie doll tells the hero how a little girl in a bride costume is in danger, and where a villain uses a Quidditch ball to drug people — at 197 minutes it is sheer torture. SO NO RATING. THIS IS NOT A MOVIE.

It is reminiscent of the film Jigarthanda, in which a local gangster forces a filmmaker at gunpoint to make him a superstar. The third act of that movie is pretty much the story of MSG’s release and now a bridge between satire and reality.Why the film faced any ban is a mystery. You can laugh with the movie, and more so at the movie. It’s a win win. I reckon the censor board wanted to ban the movie for being too awesome. There is literally no better way to spend your valentines day than taking your date to watch the Love Charger.

Despite the punches and kicks, MSG is far from being an action film and probably needs to be slot into a genre that has no predecessors and hopefully, no followers. The makers of the film, two-thirds of which is SRRSI himself, have made no bones about positioning the man as a messiah. It has a few cringe-worthy attempts at comedy and Gaurav Gera (the only familiar face in the film) has the misfortune of delivering them. The story line follows a linear path that builds up to show the man as the ultimate insaan.

It’s obvious that a film like The Messenger is nothing but a long format advertisement strictly for followers of Gurmeet Ram Rahim Singh, others can watch it for some entertainment because the hero of this film can do what Ironman, Superman, Captain America and James Bond put together can’t do.

You guys will not feel bad for missing this film in the big screen, only for those audience (ardent fans) who doesn’t care about the logic and would just want to have a hearty laugh (not necessarily in that order) shall watch it! Others please stay away…

The ‘film’ is long and excruciatingly awful only for non-believers. For his adoring followers, each scene is a super-hit. If Bollywood can, why can’t MSG? If Amitabh could do it back in the early 80s (remember Yaarana), why can’t he have suits with every single primary coloured sequin stitched in? Like Salman, he has his bank of pithy sayings. Like Ajay, he strides slo-mo.

No, you shouldn’t watch this film. Go spend your money on whatever else you feel like spending it on, but don’t let it go to waste by buying tickets to MSG: The Messenger. Its torturous length, the languid pace of its scenes, the eyesore of Gurmeet Ram Rahim Singh’s clothes and the overall repetitiveness of everything will keep you questioning why you’re occupying your seats still. That’s when you’ll feel the hurt of having given away your hard earned cash for something that doesn’t deserve it a bit. 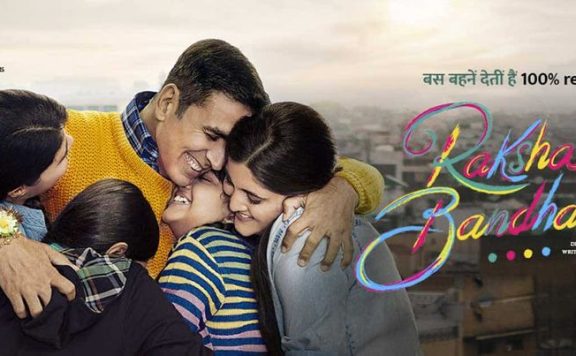