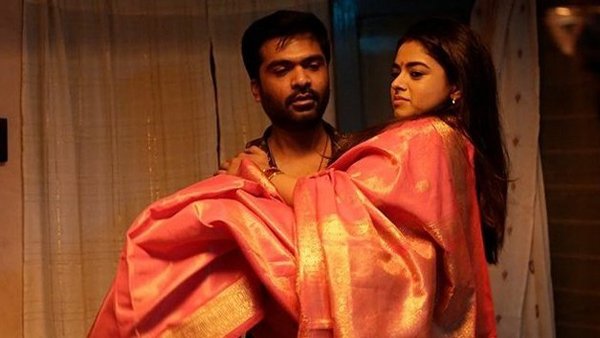 The first half of VendhuThanindhathuKaadu is superb. Director menongautham expertly balances emotion, violence, larger questions about character and fate. The second half doesn’t match it but SilambarasanTR_ shores it up with a terrific performance. Looking forward to part 2!

You see Gautham making an attempt to move away from his usual formula both in terms of content (character-driven rather than plot-driven) and form (lengthy shots), but the understated, more realistic approach in much of the scenes goes against the filmi (in the portions involving a contract killer) and heroic moments (the epilogue) that we find in the latter half. This is especially felt in the epilogue (a lead to a possible sequel) that lessens the impact of the more effective low-key ending.

On the whole, Vendhu Thanindhadhu Kaadu works out as a finely made gangster drama that could have been better if it had more detailing in the second half about the gangster world, instead of the usual snake and ladder games that we have already seen in this space. While Gautham Menon and STR got their setting right, it could have been more engaging. Yet, this film is special in many ways and is definitely worth watching on the big screen.

The film feels different when it is just about Muthu, and the moment Siddhi Idnani enters as his love interest Paavai, we are in a different film altogether.To be honest, the film did have a great ending, but someone seems to have had a change of heart and wanted to milk more out of the movie to keep up with the current trend of ‘universe’ building and sequels. That has only resulted in a confounding climax that leaves all the great achievements of Vendhu Thanindhathu Kaadu undone. A pity.

Overall, Vendhu Thanindhathu Kaadu is a technically well made film that shows us another dimension of Simbu the actor and AR Rahman the composer. Gautham Menon tries something outside his comfort zone deserves a praise. With engagement issues and a predictable plot, the film is watchable for general audiences, and a feast for STR fans.

An engaging gangster saga. Despite some shortcomings, STR’s delightful performance and ARR’s soulful music make it a memorable experience.

A young village boy, Muthu, travels to Mumbai to make a living but gets caught in a web of underground activities. Does he get to the top of it all or will he lose it all?