At the end of it all Sarkaru Vaari Paata remains a half-baked commercial drama you can sit through mostly due to Mahesh and Keerthy’s performances. Watch it if you’ve missed a massier version of Mahesh on-screen. Just don’t go expecting too much.

Sarkaru Vaari Paata tries to shine the spotlight on bank loan scams and how the government lets down its own people when it turns a blind eye on those who’ve borrowed thousands of crores and failed to repay. The messaging works as long as the film’s narrative doesn’t get serious, but when it gets into lecturing the audiences, it gets slightly tiring to sit through. Parasuram does manage to keep the film largely entertaining, and even during the slightly sluggish second half, you get moments that hold the film together.

Nearly all the principal characters fall on either side of the divide — those who toil to repay their small loans and are pushed to the brink, and those who do not repay thousands of crores to the banks. Through the 162-minute narrative, Mahi (Mahesh Babu) asks why ordinary people should be harassed to repay loans of ₹10-15,000 when a business tycoon can get away without repaying ₹10,000 crore. The thought is hammered through a narrative that is entertaining at first, even though familiar and formulaic, but eventually gets preachy and overdrawn.

Overall, “Sarkaru Vaari Paata” is a regular commercial movie made on a topical issue. The film entirely relies on Mahesh Babu’s star power and charisma and the superstar gives his best to hold the show. It is a typical mass entertainer with a mixed bag.

As long as ‘Sarkaru Vaari Paata’ centers on Kalavathi, Mahesh, and Kishore, it’s watchable. The jokes obviously write themselves and the movie moves smoothly without shaking this way and that. But we’ve to pay a price for everything and the ridiculous bits that are stacked on top of each other fall apart at once as soon as director Parasuram brings out the microphones for Mahesh to give speeches on the grisly nature of financial crimes. Honestly, this road is darker than the one that leads to gambling. What’s the need for a movie made of this scale to have a villain who’s just another corporate monster?

There is one eye on the entertainment, another one on delivering a message; simultaneously, Parasuram wants some action; while doing all this, he also wants to bring out vintage Mahesh Babu for fans. The concoction of these all leads to a narrative that goes nowhere. The bigger issue is the writing and half baked approach related to the core ‘banking’ drama.Overall, Sarkaru Vaari Paata is a formulaic commercial entertainer with a new set-up. However, the poor writing and lack of clarity in narration turn the movie into a bland and boring affair.

Sarkaru Vaari Paata talks about the growing menace of rich people defaulting on bank loans, the government-corporate nexus that enables such financial crimes and how the burden inflicted on the banking system by bad loans is shifted to hard-working, law-abiding and docile citizens. And it is narrated through a conservative template of a “masala movie” with customary fight scenes, song sequences and punchlines that add little to no value to our experience. Of course, if you are a hardcore fan of Mahesh Babu and him shouting, “I am a whale” (although, “I am a (loan) shark” would have sounded more punchy and appropriate) is enough to meet your expectations of entertainment, then you are in for a treat.

On the whole, Sarkaru Vaari Paata is a typical masala entertainer made for the masses and fans. The film runs on a typical commercial formula template and the songs and fights are an added bonus. Though there are no wow moments in the film, Mahesh Babu is in supreme form and carries the entire film on his shoulders making this film a decent watch.

A bank manager is tasked by the government to bring a fraudster to justice. 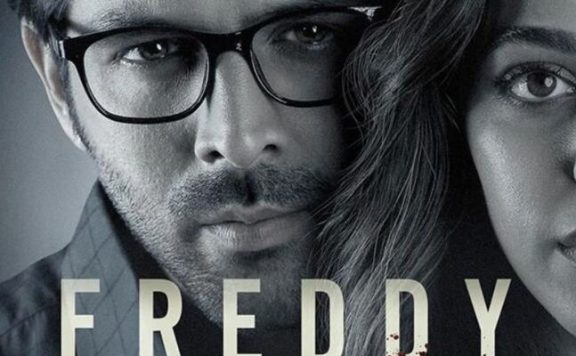