On the whole, Shabaash Mithu will not get the love of the paying public. Its promotion is so weak that many among the public are not even aware that it has released today. Unfortunately, a film about women’s cricket and about an ace woman cricketer has been released without much care, it seems, because the promotion is poor. The film talks about the pathetic treatment meted out to Indian women cricketers and to women’s cricket itself by the authorities, and it’s a paradox that this film should be released in such a half-hearted manner.

The film is long, and flabby in parts. A couple of team-mates get some scenes on their own, especially the one played by the very expressive Sapna Mandal: Raaz is the only other performer who stands out. The background music keeps swelling, trying to tell us how to feel. When will this stop? The film does a fair job of outlining the sad state of women’s cricket– the bare-bones sleeping arrangements in the training camps, the sink-or-swim attitude of the officials in charge of the team, the worshipping of the boys in blue, and the neglect of the women. But Mukerji’s direction is so on-the-nose that there’s no space for nuance: everything is underlined.

But all things considered, and owing in large measure to Taapsee Pannu’s impressively steady performance, Shabaash Mithu is anything but a washout. The occasional false stroke does mar the overall impact but as a fond tribute to a cricketer whose feats transformed the fortunes of women in India’s most popular sport, it puts just enough on the scoreboard not be dismissed as an innings without substance.

While it’s understandable that the central subject of the film is known to be a less expressive person, nothing stops the screenplay from being crafted with a little more enthusiasm and spunk. Another aspect that really needed more attention was the way the other important characters are crafted – they could have contributed largely to bring out more layers and nuances in Mithali’s personal and professional journey. The movie doesn’t amply showcase those edge-of-the-seat, nail-biting moments that would have unfolded in her life, especially during the 2017 world cup. Those keenly waiting to finally watch a movie revolving around Mithali, one of women’s cricket’s most iconic contemporary players, will certainly be left asking for more. Maybe a rerun of one of her milestone matches will help.

Taapsee Pannu as Mithali Raj signs a wooden bat with a ball point cello gripper pen in the end. No one in an entire production and post-production team found that to be absurd. The movie could have been a lot of great things but it ended up being average.

One of the concluding lines in the film goes “Ek din aega jab cricket sirf gentlemen’s game nahi hogi”. Aur wahi hua. Shabaash Mithu is a film that will definitely not turn around Bollywood’s fate in the era of South domination, but it surely moves you.

Shabaash Mithu seems to have been divided into three parts: the childhood where she meets her best friend and discovers her fascination for cricket, the younger days where she struggles to fit into the academy as a rookie player, and the time when she works hard to stay away from the game but realises that cricket is her only calling. One thing that the film clearly establishes is that great players are not born great but they are trained to accept nothing less than greatness. The film’s heart appears to be in the right place. Only this time it just doesn’t prove to be enough. In the rest of the departments, the film falls flat.

Shabaash Mithu’ is a formulaic biopic which also manages to stand out for its many elements including the sensitivity towards the portrayal of its subject: Mithali Raj’s journey to great heights. Taapsee Pannu is A-Game in the titular role Mithu/ Mithali Raj and like in all her films manages to bring an earthiness to her character’s portrayal.

Mithali Raj is former Test and ODI captain of women’s national cricket team. She led India to finals of 2017 Women’s Cricket World Cup. The film based on her life chronicles the events of her life’s journey in the world of women cricket. It presents her struggles and euphoric rise in the women cricket. 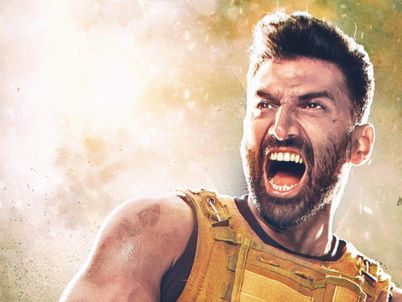