On the whole, HEROPANTI 2 boasts of lavish production values and fantastic stunts by Tiger Shroff, however it suffers from a poor storyline. At the box office it will appeal only to the fans of Tiger Shroff and action films.

In my review of the first film, I had said that Tiger was absolutely a star but that the film was ‘comically bad’. Heropanti 2 has redefined the phrase for me. The first, directed by Sabbir Khan, had a storyline and even a moment when Babloo stops baddies from raping and instructs them on consent. He says, no means no. I now look back fondly on it. Heropanti 2 is actively terrible as though Ahmed wanted to set a new standard for Bollywood.

On the whole, Heropanti 2 is a very ordinary fare and will, therefore, not be able to do much at the ticket windows. Strange and unbelievable as it may sound, K.G.F. Chapter 2 (dubbed), now in its third week, will prove to be a formidable opposition to this film.

Like the typical entertainer, Heropanti 2 offers a little bit of everything—action, drama, music, romance and exotic locations. The screenplay makes room for a mix of commercial movie elements, but where the film is close is its action department, which gives Tiger’s fans ample to dig into. Looking for anything more than that, like its story, this one is not for you.

It would be hard to define the genre of the film as it has everything from action, romance, massive sets, revenge, redemption, social message, and so many twists and turns, that one just enjoys the journey the film takes you on and not worry about the genre.

However, what failed to work was the storyline. With many gaps in the plot and unnecessary scenes, the 2-hour-22-minute movie could have easily been cut to an hour if not more. A bit more focus on the storyline, plot and character development are what Heropanti 2 lacked.

It’s time, some filmmakers realise that making mass entertainers doesn’t mean just blowing money on lavish production values and exotic locations. Even a film belonging to this genre needs a solid story as its backbone. The audience today is smart enough to catch one pulling up the same old tricks from the box. Another reason why Heropanti 2 makes you wince in your seats is because of the low-brow humour

Alas, Babloo has a mother (Amrita Singh) and a conscience that compels him to serve the country and rid it of the likes of Laila. The storytelling is fittingly mechanical in a film that involves visual effects and wirework-aided stunts and has a magician whose repertoire includes virtual reality. The entire film, despite being shot partly in the United Kingdom, appears to have been made with spare change

Heropanti 2 is about a guy who helps people at night. Whether that be saving someone from a robbery or kidnapping this guy is always there. The Indian government finds out about this and sends him to Russia where he has the mission of killing Russian troops at night. But somehow something goes wrong and the whole world thinks this is the leader of the Russian troops. Watch how he uses the darkness to beat the enemies and prove everyone wrong. 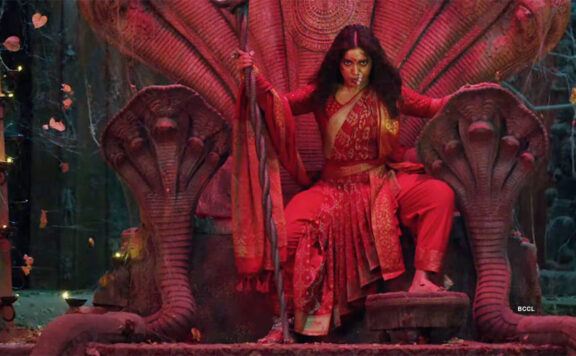