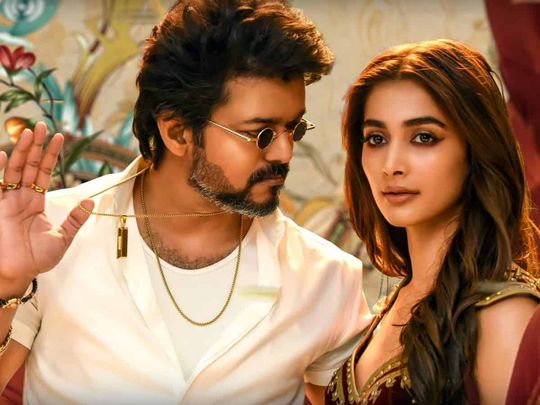 Nelson’s story is oft-repeated and, therefore, lacks novelty. His screenplay moves at a very slow pace and gives the audience a lot of time to think. A thriller like this ought to have such a fast pace that no questions can crop up in the audience’s minds. In the alternative, the questions need to be addressed by the writer. Nelson has added a lot of comedy in the drama but the comedy dilutes the impact of the tension-ridden drama which even otherwise moves at a slow pace. On the whole, RAW is too ordinary to make a mark at the box-office. Its weakest point is its script and its strongest point is Vijay’s attitude and superstardom.

Anirudh tries to add some punch to the scenes with his score, but by the time we get to the end, with writing that is only leaner and never meaner or stronger, even that doesn’t work. The director seems to have banked entirely on his star to carry the film, but with a script that hardly offers him anything to work with, even Vijay can only do so much with his star power.

However, the film is bogged down by the lack of inventiveness. There is no powerful villain to take on Vijay and make the proceedings interesting. It is Vijay’s show all the way and he headlines this clichéd thriller. Be it his style or dance or dialogue delivery, Vijay looks at ease and delivers a noteworthy performance.

All said and done, this is pure entertainment fodder for Vijay fans and one should rightfully expect the same from it. But if you’re looking for a solid storyline like Master had, I’m afraid you’d have to re-watch that.

Lokesh Kanagaraj’s ‘Master’ was overlong due to too many action sequences but it still worked well because of a solid story and an even more solid villain in Vijay Sethupathi. Whereas’ Beast’, directed by Nelson, goes nowhere thanks to a screenplay that doesn’t burst with energy. It suffers from shoddy writing and execution.

The director’s attempts to make it ‘cool’ have turned the film completely thunda! On the whole, Vijay rescues the hostages, but he fails to save the film as the writing and execution in the latter part of the movie are lame.

In bits and pieces, Beast lives up to all the pre-release hype. The action sequences, which were highly talked about much before release, stand out and Vijay kills it with his charisma in these scenes. This is Vijay’s most stylish film but it’s also one where the style supersedes substance so much that you can’t enjoy it after a point. If only the stylish treatment was strongly complemented by good writing, especially a stronger antagonist, the film wouldn’t have disappointed at places. As much as Nelson tries to stick to his storytelling template by introducing characters who aid the hero in the rescue mission just like in his last film Doctor; these aren’t as funny and memorable as they were in that film.

Overall, Beast has cemented Vijay’s place as one of the industry’s top stars, it has ensured Nelson Dilipkumar’s name as a bankable director who has also created his own signature. More importantly, the general audiences and Vijay fans are in for a solid entertainer that’s also technically par excellence. It ends up as a film that has high repeat watch value!Verdict: Vijay shoulders Beast, a stylishly shot action thriller which has equally engaging comedy moments.

Beast has all the ingredients to attract the family audience in droves to the theatres. After a few minutes in to the movie, the audience will get desensitized to blood. Vijay is in exceptional form as he delivers a beastly performance. It is worth watching to admire Vijay’s suave and fluent all round performance.

After a shopping mall in Chennai is hijacked by terrorists who hold the visitors as hostages, Veera Raghavan, a spy also trapped in the mall, decides to save the hostages by eliminating the terrorists