Tanu Weds Manu Returns, directed by Anand L Rai, is a crowd-pleaser in every sense of the term. It’s funnier, better acted, and far superior to 2011’s Tanu Weds Manu, which chronicled the unlikely union of its mismatched protagonists. I’m going with four out of five for the flat-out delightful Tanu Weds Manu Returns. I haven’t laughed this hard during any film recently. Watch it for Kangana Ranaut, who’s at the top of her game.

Tanu Weds Manu Returns is not merely superior to its predecessor but the flamboyance and fun it provides is an implication we’re not quite done with this mad duo and their quirky universe yet.

Watched #TanuWedsManuReturns. O-U-T-S-T-A-N-D-I-N-G! A hat-trick for director Aanand Rai – #TanuWedsManu, #Raanjhanaa and now this! TanuWedsManuReturns is one up on its first part. Kangna delivers a superb performance yet again, after #Queen. Madhavan is awesome, handling his part with brilliance. #T=anu Weds Manu Returns Do yourself a favour: Watch this film. SURE-SHOT HIT!

On the whole, Tanu Weds Manu Returns is a sureshot super-hit film. It has entertainment for all sections of the audience and for all age groups. It also has tremendous repeat value. Ladies and youngsters, especially, will adore the film.

That is what ‘Tanu Weds Manu Returns’ is, ultimately, a film that is enjoyable despite its occasional slides into message-y territory. And for a girl who wants everything on her own terms, Tanu’s desperate desire for, and succumbing to, a conventional end feels like it was done to up the feel-good factor. But these things do not weigh things down because we are too busy watching an actress stride through its ups and downs, earning each scene, and the film. I would buy a ticket for Kangana Ranaut.

Movie sequels are all too often horribly musty affairs. Tanu Weds Manu Returns isn’t one. Notwithstanding the stray false notes that the film strikes, especially in the run-up to the climax, it is a bright and breezy romp that draws sustenance from its droll dialogues, outstanding cast of actors and all-round jollity. These little quibbles apart, Tanu Weds Manu Returns is as entertaining and engaging a film as any that Bollywood has delivered this year. Do not miss it.

Tanu Weds Manu Returns with double fun – and philosophy. It’s hard to love happily. Yet, so easy. Aanand L. Rai merits applause for his masterful direction of Himanshu Sharma’s rich, riotous story. Evoking a new-age Hrishikesh Mukherjee, Rai keeps things tight, light, yet layered – and handles two leading ladies, one of whom deserves an extra half-star. Sorry, Tanu – but Kusum is truly something else. Like a certain Kangana who’s returned – and how.

Once in a while, an actor overpowers the movie, and Kangana Ranaut does that with this one. It takes a lot of effort to take your eyes off this girl, who dazzles with dual performances, as she plays two dramatically diagonal roles. Even though Kangana has evidently grown by leaps and bounds in confidence over the five years since she starred in the original, the same can not be said about the sequel.

Aanand. L. Rai establishes the 4-year itch in the first five minutes of the film, which sets the tempo of the things to come. Despite it being an almost flawless film, it starts lagging midway in the second half, but makes up for all this in the chilling climax. His direction is excellent and artistic but hugely entertaining. The end of the film is absolutely conventional. The film’s one liners are sure to bring the house down. On the whole, TANU WEDS MANU RETURNS makes for a must watch, especially for Kangna’s spellbinding performance, outstanding plot and amazing one-liners. SURE-SHOT HIT!

If you found Tanu Weds Manu endearing, you will enjoy its sequel, Tanu Weds Manu Returns, which released on Thursday. Though the plot falls short and seems to move round in circles, the story and acting — with a lot of hilarious lines — doesn’t lose pace. The music is good with the foot-tapping Bano Tera Sweater and the funny Haryanvi version of Old School Girl.Rai seems to have another winner on his hands with Tanu Weds Manu Returns.

Although there are numerous jarring inconsistencies and illogical twists and turns in the screenplay and a melodramatic climax, much of it is overlooked because the acting is superlative and the writing spectacular. So, if you can look past the melodrama, ‘Tanu Weds Manu Returns’ provides some great laughs. Go on, LOL (much like how Pappi would like it).

Synopsis: Tanu Weds Manu: Returns is an upcoming Hindi romantic comedy film directed by Anand L. Rai. The film is a sequel to Tanu Weds Manu (2011), in which stars Kangana Ranaut and R. Madhavan reprise their roles from the original. 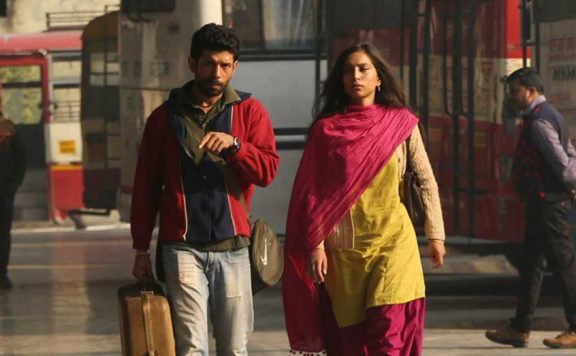