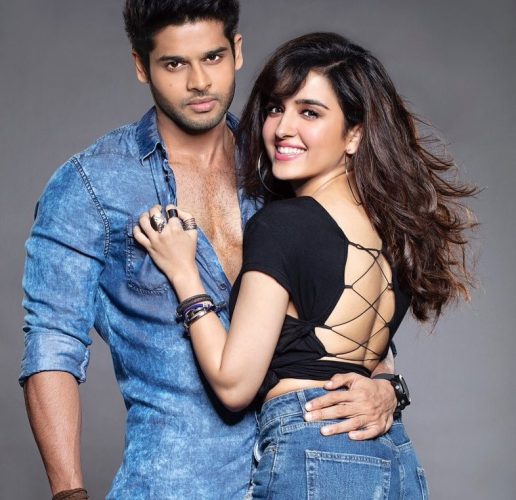 Nikamma is a remake of a Telugu film called Middle Class Abbayi, which means ‘middle-class boy.’ I haven’t seen the original but the Hindi version could be titled 50 Shades of Ridiculous. Clearly, logic isn’t Sabbir’s forte. I could make peace with that if his films also provided some entertainment. Sadly, that also seems to be out of reach.

The film is an official remake of Telugu Middle Class Abbayi. Venu Sriram’s story and screenplay and Sabbir Khan’s additional screenplay have a lot of Telugu flavour because of which they do not quite appeal to the pan-India audience. The screenplay also has some weak links. On the whole, Nikamma has ‘flop’ written all over it.

Sabbir Khan’s Nikamma is so abysmal that it isn’t funny. Not even unintentionally so. A sloppy script, rudimentary performances and a storytelling style that borders on the mind-numbingly daft reduce the action comedy to two and a half hours of unalloyed twaddle.

When I woke up this morning, little did I know that I was going to be walking into a theatrical time machine that would take me back to the late ’80s and ’90s, courtesy Nikamma. The film is a remake of Telugu film Middle Class Abbayi, and stars Abhimanyu Dasani and Shilpa Shetty in the lead. Nikamma is as over-the-top as it could get. Touted as an action-comedy, the film lacked comedy and instead, was filled with corny dialogues which I thought we left behind in the last decade.

The overall look of the central characters seems out of place for a fictitious small-town like Dhaamli where the story unfolds. The film had ample scope for music, too, but the tracks are not memorable, barring the title track, Nikamma kiya, which is the rebooted version of an old song. Overall, the film could have done a lot if the writing was more clearly structured, the editing tighter and the direction a lot more focussed on finer details of the story and characters.

In totality, Nikamma is a yawnsome movie. The only thing that leaves you quite glued to the screen is Shilpa Shetty and her wonder woman actions. You might even snooze in between the long boring songs. The story of Nikamma is quite intriguing but it was the execution that left me with a brain freeze.

Nikamma is a little over two-and-a-half hours long, and we are still wondering why. Predictable twists and many slow-mo fight scenes later, the film gives the audience a rewind in the form of Adi’s superhuman memory and we could hear the almost empty theatre letting out a collective sigh.You can watch Nikamma for the sake of Shilpa Shetty. Also, if you want a part-sleep, part-joke situation and are in the mood for no-brainers. Because people with brains already knew their decision from the trailer itself, nahi?

An action entertainer set in Lucknow that brings us up close with the carefree world of Adi (Abhimanyu Dasani), a pampered no-gooder who has lived all his life under the protection of his elder brother, Raman. The loving bond between two brothers is strained when Raman decides to get married to Avni (Shilpa Shetty). Avni is a no-nonsense woman of today and lives her life with tremendous integrity. As she enters Raman’s life, Adi loses his primary importance leading him to despise his sister-in-law from the bottom of his heart. However, fate has other plans, Adi and Avni find each other at loggerheads in a brutal, lawless town. Will they survive? Can they drop their differences and stand up for each other and most importantly will they live to see another day?