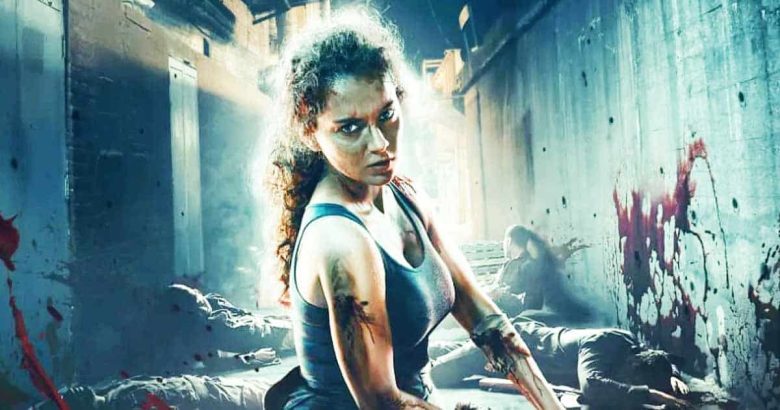 On the whole, Dhaakad will meet with a disastrous fate as it offers hardly any entertainment value. Its very desi title hardly goes with the ultra-modern outfits and hairstyles of the lead protagonist whom the title describes. As a result, the title won’t appeal to the urban audience while the heroine’s get-up will not go down well with the audience in smaller centres.

Kangana Ranaut ticks off all the boxes of the poker-faced spy model in Dhakaad, observes Sukanya Verma, but the the movie needs real rescuing.

That the middle holds so well is a tribute to its actors, its efforts at giving us some human characters, and its story that trots along nicely (credit to debutant director and co-screenwriter Razneesh Ghai). At one place, we come to know of a medical condition where a person’s heart is tilted more towards the right than normal, which saves their life. Dhaakad has its heart in the right place.

However, on the flip side, the film lacks the glue that sticks all of this together. Great action sets don’t alone make an action movie. The film could have done with better writing. It fell short of a solid storyline, and a more thought-out screenplay that justifies the action sets and the characters that have been floated into the universe created here. All in all, it would have been great if along with the superb action and terrific visuals, the story, too, could have packed a punch.

Debutante director Razneesh Razy Ghai, who has co-written the story, tries hard to break the clutter, and somehow, the film impresses and falters in parts. With edge-of-the-seat moments, it doesn’t digress into needless subplots or song and dance sequences. But the weak screenplay and a bit of a confusing narrative let the film down.

Razneesh Razy Ghai, Chintan Gandhi & Rinish Ravindra’s story is a classic example of how focusing on a few selective departments of a film is never an option. The only fear while stepping into this one was for it to have “all style no substance” and that’s exactly what has happened. We got the point that action looks good, but that doesn’t mean you’ll keep pushing the same thing down our throat expecting us to say “waaaaah! Kya action hai!”

As compelling as Kangana Ranaut is with her action chops, she’s terribly let down by extremely weak and jumbled-up action choreography, so much so that some of the combat scenes look like a complete joke. Also, there’s so much about her character’s graph and the rest of the plot that’s all too convenient just to take the plot forward.Kangana Ranaut goes all out as a badass spy in Dhaakad and pulls it off, too. If only the rest of the film was even of what her character is. I’m going with 2.5 out of 5 stars.

Inspired by several Hollywood films about superhuman agents who single-handedly take down criminal empires, Dhaakad makes little effort to credibly localise its themes. Filled with natural-born killers who maim and slay for the heck of it, the film exists as a showcase for its heroine’s fighting spirit.

Avni, a highly trained and deadly field agent ,is entrusted with a mission to gather Intel and eliminate Rudraveer, an international human and arms trafficker who has been off the radar for ten years.