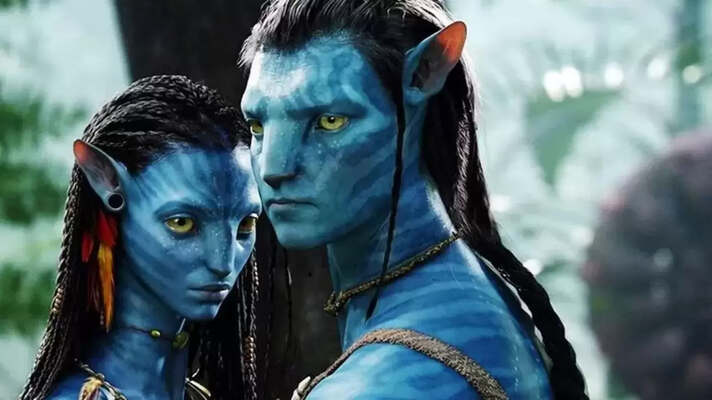 SPELLBINDING visuals… STUNNING action… STRONG drama… TERRIFIC second and third act… Avatar is a CINEMATIC MARVEL that needs to be watched on the largest screen possible… DON’T MISS IT!

Like the first film The Way of water is a soaring romanticized goal for humans who are greedy selfish rapacious to take a pause  the story is simple and the humans apart from spider have minimal depth but where the writing wobbles the visuals take over the way of water is a testament to imagination and Ingenuity every frame is designed to induce shock and or the beauty on display is startling but it would be empty if the drama didn’t provide the emotional hook Cameron reproduces human emotion in CG the way of water has Echoes of Cameron’s earlier forays into water Worlds the abyss and Titanic once again he’s created a film that is a technical Marvel and a crowd pleaser I enjoyed it immensely and I think you will too.

James Cameron’s direction is splendid. He has painstakingly made a wholesome entertainer which is a visual delight of the kind one has rarely seen. A good part of the second half is shot in water; those scenes are marvellous.On the whole, Avatar: The Way Of Water is a blockbuster. It could prove to be Hollywood’s biggest grosser in India so far. It will also be among the top Hindi grossers of all time.

Avatar: The Way of Water is a thrilling and exhilarating experience. However, the core plot or story of the film, just like the first part, is just okay. But, the sharpened technology used by Mr Cameron, is on another level, which makes this undersea sci-fi a visual spectacle in each and every frame.

While the predecessor set the bar high for visual effects 13 years ago, the new film takes it a step further. Like the previous film, the director does not use 3D as a gimmick but uses it artfully to accentuate audience immersion in the world and story. Avatar 2 deserves be watched in IMAX 3D. It is the greatest immersive cinema experience of the year. Go blue!

It is safe to say that the movie has managed to outperform in all departments, also bringing this flavour that might be quite different from films we see from Hollywood. And that, is exactly what makes this movie a must must-watch in the theatres – for the immersive experience and the emotions it takes you through.

Avatar: The Way of Water comes 13 years after the first, yet when the movie starts you feel like you saw the first part just yesterday. It isn’t perfect, it’s messy but if you surrender to Cameron’s vision and let the 3D experience take the lead you are in for a huge treat ! Avatar: The Way of Water is a terrific follow up to one of the biggest films in cinematic history. Do not miss this one!

On the whole, AVATAR: THE WAY OF WATER rests on spellbinding visuals, entertaining action scenes, never-before-seen scale, clapworthy climax and a strong emotional undercurrent in the storyline due to which it can run riot from East to West, and North to South at the box office. It is also at a huge advantage thanks to the popularity of the first part, extreme curiosity about the film, zero competition and inflated ticket rates. If the word of mouth is strong, it won’t be surprising if it emerges as the biggest Hollywood grosser in India, surpassing the numbers of AVENGERS: ENDGAME

At the core of it, Cameron creates a story of bonding, family, and the values of standing for each other in testing times. Think of it as an alien movie directed by an English-speaking Sooraj Barjtya, in a good way. At the heart of it, The Way Of Water is about a man who is still an outsider at heart, so he has to put in that extra effort to always prove his loyalty even when he stands on the highest of the dais. So he expects his kids to follow the same. He expects them to have values, save their family and also grow into the best Na’vi’s. He is disappointed with one and proud of another creating a rift between the children. A classic Bollywood template, but we shouldn’t complaint because there is no crime involved.

Avatar 2: The Way of Water Plot:

Jake Sully and Ney’tiri have formed a family and are doing everything to stay together. However, they must leave their home and explore the regions of Pandora. When an ancient threat resurfaces, Jake must fight a difficult war against the humans.

Avatar 2: The Way of Water Cast:

Avatar 2: The Way of Water Director:

Avatar 2: The Way of Water Producer:

Avatar 2: The Way of Water Runtime: