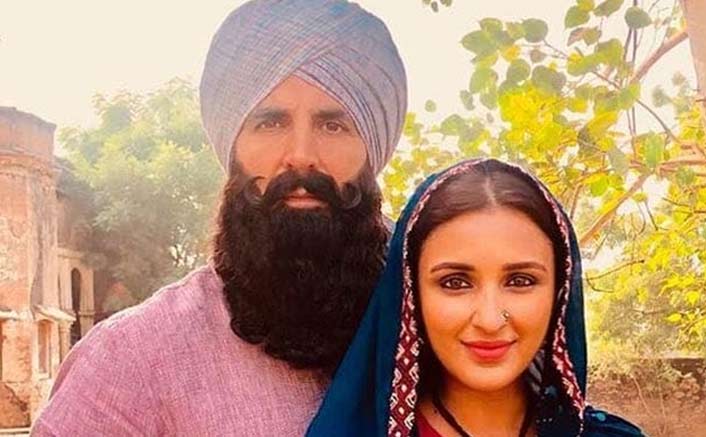 Akshay Kumar, his face sandwiched between an oversized turban and an oversized beard, nevertheless conveys the single-minded motivation of Ishar Singh, convincingly pulling off the rousing dialogue and visceral action scenes.However the film, on the whole, is well-intentioned but bloated. It’s a two-and-a-half hour battlefield bluster that could have done with sharper writing and judicious editing. When the lights come back on in the end, you can’t shake off the feeling of having survived war yourself. I’m going with two-and-a-half out of five for Kesari.

Anurag Singh’s direction is very good. He has handled the subject with the sensitivity it deserves. His narrative style succeeds in evoking feelings of patriotism in the hearts of the view­ers.On the whole, Kesari is a box-office winner. It will do very well at the ticket windows. Business in East Punjab and Delhi will be excellent. It will join the 100-crore club very fast.

What does wobble is the writing, which needed to be tighter and more layered. The characters are all one-note and the film is 150 minutes long – the entire first half is an introduction to the characters and a build up to the battle, which only begins in the second. Towards the end, there are long snatches with barely any dialogue. There’s just fighting, screaming and slicing. Instead we get bloodshed in slow motion, a few good men fighting until their last breath and a plaintive soundtrack to underline their immense sacrifice. It gets a little exhausting. I’m going with two and a half stars

Akshay is the film. And he pulls it off, keeping that ‘Kesari’ pagdi aloft right till the end, delivering thundering speeches, and keeping his men’s morale up. His Ishar Singh is inhabited and convincing, and it helps that his Punjabi accent is completely on point. Finally, despite its predictable arcs, the outcome which we already know, and its length, we stay with the film

But for all its flaws, Kesari has enough self-sustaining fire to be a well-above-average film. And with Akshay Kumar doing the heavy lifting with unwavering enthusiasm, the star’s fans will find it easy to get into the swing of this tale of extraordinary courage in the face of daunting adversity.

Having said that, the film is a must watch. It convincingly packages patriotic emotions with some superbly-crafted action. As I said earlier, the effect is disturbing, but it’s an unmissable experience. The first half is slightly slow and the Punjabi dialogues are a bit hard to follow. However, if you are patient with this, you are rewarded with a terrific second half. The climax will leave you teary-eyed and B Praak’s Teri Mitti, composed by Arko and written by Manoj Muntashir, is too moving.

Kesari is a powerful film because it has an innate sense of emotional intelligence and raw shock value, too. It showcases the atrocity of war and violence unabashedly, always condemning the bloodshed at hand and forever celebrating the bravery of men.With technical brilliance, intricate writing and thundering performances, Kesari is a loud war cry that evokes strong feelings of patriotism and it also wrenches your heart with its climactic tragedy. The visceral power of its visuals and emotions is staggering.

Despite all its flaws, the movie will choke you up by the end and you will find yourself shedding tears remembering those 21 brave souls. The song Teri Mitti in the climax will hit you right in the feels. So, I would suggest taking some tissue papers with you for sure, you’ll need it. Overall, Kesari is an emotional action fest that will resonate with those who love action films and with Akshay Kumar fans. It may not be the best patriotic film (or an action film) to come out of Bollywood but it surely is worth your time and money.

All said and done, Kesari is a brave depiction of courage. Akshay Kumar’s streak on delivering memorable performances is not ending anytime soon. Watch it get entertained, informed and emotional at the same time. Three and a half stars!

KESARI is based on the true story of one of the bravest battles that India ever fought – the Battle of Saragarhi. The year is 1897 and the British Empire having conquered most of India, is now trying to infiltrate Afghanistan. Fort Saragarhi, in the NWFP (North Western Frontier Province) is a small communication post used to relay messages between two major military forts – Gullistan and Lockhardt. To be posted at Saragarhi is no matter of pride for the newly formed Sikh regiment of the British Indian Army. Marked in color KESARI (Saffron), the Sikhs symbolize valor and pride and to die doing one’s duty. Ishar Singh (Akshay Kumar), a proud warrior who prefers to live by his community rules, is often found in direct conflict with the orders of his British officers. As a punishment, Ishar is sent to Saragarhi where a bunch of 20 unruly, undisciplined Sikh soldiers await him. And it is this bunch of cheeky but lovable rouges that Ishar leads into the battle when an army of 10,000 Afghani Pathans turn up at Saragarhi on the 12th of Sept 1897. It is now 21 Sikhs vs 10,000 Afghans on the battlefield.