Cuttputlli starring Akshay Kumar, Rakul Preet Singh & Sargun Mehta is a low-IQ retread with moments taken from classics like The Shining and Psycho. The Writers largely do away with logic and filmmaking in this movie. Bunch of shows and web series on OTT Like Aranyak , Mrs serial Killer etc have already established Hill Station Noir where scenic beauty of hill station is mixed with crime and Cuttputli is very similar. Writing is so poor that visuals have little impact. In the promotions Akshay had called it a mind game I don’t think so

The film is a remake of Tamil film Ratsasan. The story (Ram Kumar) is routine as whodunits of this kind have been seen earlier too. Tushar Trivedi and Aseem Arora’s screenplay is fairly well written but it is slow-paced and also lacks novelty of any kind. On the whole, Cuttputlli is a dull fare which would’ve done below-average business if it had been released in cinemas.

With its cold and damp setting in a nondescript hill town, ‘Cuttputlli’ gets the eerie atmospherics of a campy whodunit quite right. It goes to the extremes of a serial killer’s psychopathic exploits keeping in mind the sensibilities of its target audience.

The spot-the-killer strand had the potential to make this a gripping whodunit. And for once, we see the stakes being raised, which is a rarity in mainstream cinema. A murder occurs close to Arjan and his family, sister (Harshita Bhatt, seen after a long gap) and brother-in-law (Chandrachur Singh), both wasted by the feeble plot, but nothing is made of it. Worst of all, the discovery-and-nabbing of the killer is got through in the most perfunctory way possible. It’s almost as if the film can’t wait for its own end.

Ranjit M Tewari’s direction is fair, at least till the pre-climax. He manages to captivate the audience with his execution. The manner in which Arjan tries to get close to the killer and the investigation process make for a great watch. On the whole, CUTTPUTLLI has its share of thrilling moments but turns out to be average fare thanks to its weak climax.

In the end, Cuttputlii serves as an engaging whodunit and is indeed well-suited for streaming platform viewing. When it comes to that call, the makers have hit the bulls eye. The loopholes of the film and a select few performances along with longruntime don’t entirely favor the film and hence, it might be good viewing but is definitely a mediocre mystery thriller at best.

Akshay Kumar at this point only changes his get-up and is the same man in every single movie barring Raksha Bandhan. The rush he shoots his films with is now visible and there is no continuity to how he plays his characters. Did I tell you how unconvincingly he cries in this one? Cringe.I don’t want to be this rude, I love cinema. But Akshay Kumar and his urge to churn out zillion movies in a year has now started making us fear his content, and that is definitely not a good space. Smell the tea creators, before it’s too late.

Cuttputlli, now streaming on Disney+ Hotstar, is not a bad watch. But, with Ratsasan already available, and several other such thrillers in Hindi at your disposal – Raveena Tandon’s Aranyak and Vikrant Massey’s Forensic, to name a few – would you watch this one? The answer is clearer than who the killer is in Cuttputlli.

Set in the quaint hill station town of Kasauli, Himachal Pradesh, newly inducted sub-inspector Arjan Sethi (Akshay Kumar) encounters a series of gruesome killings. Intrigued by the recurring pattern of the murders, Sethi embarks on a thrilling roller coaster ride where he seeks to find the link between the murders and the face behind them. During his investigations, the murderer’s presence rings closer to home as his life, family, and love face the killer’s ire in a twisted turn of fate. In this race against time whodunnit thriller, unlocking the mind of a murderer is the only key to unmasking his identity and motive. But can Arjun Sethi rise to the task?

Failed to Release in theaters direct release on Disney + Hotstar

Is Kathputli a remake?

Yes It is a remake of a tamil cult movie Ratsasan 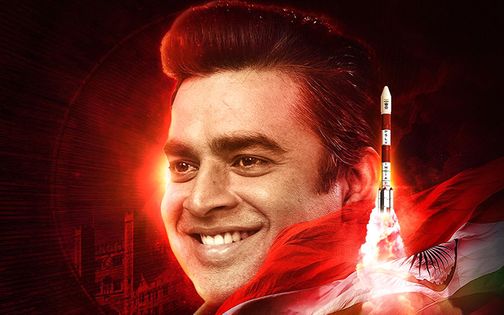