The film starts off well, maintaining a brisk pace and building up the suspense. But post interval, the pace slackens. Suspense takes a back seat before once again getting back on track. Modern gadgets and their use in investigation is highlighted along with our extremely vulnerable situation due to social networking sites that make our private life a wide open book, accessible to all.A skilfully written plot, deft direction and excellent camera work make director Anand Shankar’s Arima Nambi a highly engaging, action-packed thriller.

Director Anand Shankar appears to have been an obedient student from the A.R Murugadoss school, chanting the efficacious ARM mantra – make it pacy and stylish – keep the audience guessing – hold on to the pulse of the people. Kalaipuli S. Thanu’s V Creations marks a decent comeback by producing Arima Nambi, which is a gratifying commercial flick, with some neat performances all round. Verdict: Commercial entertainer with some stylish making, worth a watch

Debutant Anand Shankar manages to keep the audience glued to their seats for most parts of the film, especially in the first half where the screenplay moves at a breakneck. The director has ensured that the viewer does not lose his attention thanks to cliché less writing. On the whole, Arima Nambi is a taut thriller which keeps you guessing till the very end. Another film which will prove that content is the king to keep the cash registers ringing.

Arima Nambi is a part-deft, part-matured first feature from the director Anand Shankar. Action thriller means business any day. If rendered with an engaging plot, the film is certain to sell. In that way, Anand Shankar has chosen a genre which appeals to all sections of the audience. What makes Arima Nambi stand apart from other action thrillers is Anand’s astute directorial execution. Apart from the predictable climax and an underwhelming turn of events towards the fag end of the film, Arima Nambi is an engaging fare right from the word go. 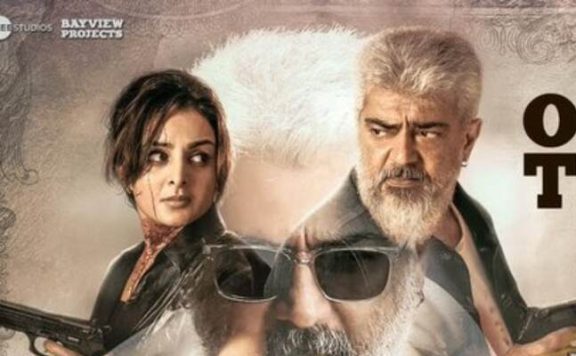