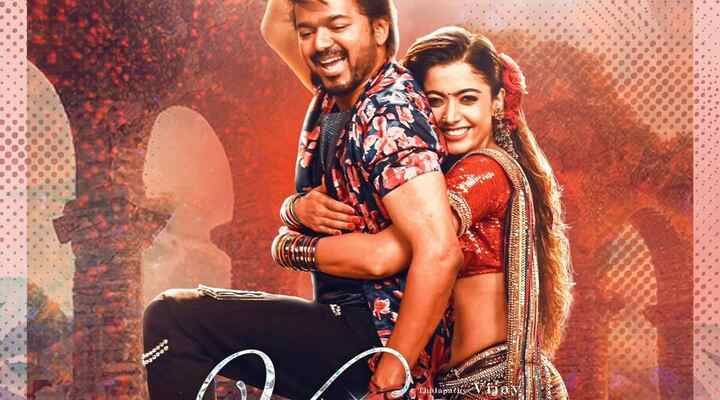 Vamshi Paidipally, Hari and Ahishor Solomon have written a story of the kind which used to be in vogue in the 1980s and 1990s. The incidents in the family drama are all of the kind one has seen in films of a bygone era. The trio’s screenplay is slow-paced as well as predictable. Nothing, therefore, comes as a shocker. The resolution also does not warm the cockles of the heart because it seems to be too hurried.On the whole, Varisu is an ordinary fare and will do very ordinary business at the turnstiles because it offers nothing new or fresh.

While the media-shy Vijay Sir can easily charm his devoted fan base with Varisu featuring action, dance sequences and masterful punch dialogues customised to feed his star image, it isn’t too hard to see the hypocrisy behind the humbling man who calls himself his own competitor even in real life. It really doesn’t matter how I view this movie because this is a film written for an audience that thrives on Vijay’s stardom and it satisfies them thoroughly.

Overall, Varisu is that utterly predictable and template-driven film that still manages to survive due to the hero and some commercial elements within the standard setup. If you don’t mind the utter routineness and want to watch something with your family for the festival, Varisu is the option. Otherwise, stay away.

From advocating sticking to family no matter how toxic they are (and we mean toxic in the level of an attempted murder), to sending goons flying as a manner of conflict resolution in business, actor Vijay’s latest outing Varisu is everything that its trailer promised it would be. And with it, the actor manages to deliver a tried and tested drama, which — while highly predictable — still manages to entertain the audience.

If there are slip-ups in the form of a rather slight romantic track, and less-than-formidable villains, the film makes up for all of it through its leading star. Vijay is in terrific form, cracking one-liners that have us break out into a smile, make self-referential punches and show earnestness in the sentimental moments.

Vijay choosing to do this family entertainer is not surprising given that he likes to change gears ever so often and, in this film, he has acted, danced and fought his heart out throughout the film. And director Vamshi Padaipally has ensured that the movie is packed with plenty of family sentiment, action, romance and comedy to cater to Vijay fans and the audience. Vijay’s cute guy meets tough businessman characterisation takes some getting used to as we’ve not seen him in such a role play in a long time.

Overall the film has all elements to end up as a pucca family entertainer and a Pongal feast. Vijay’s comic sense stands out and is the backbone of the film. It does have a few flaws but at the end of the day, when you look at the film as a theatrical experience, it is worth your money and time. The boss returns. In style.

Varisu is far from being a perfect entertainer that gets everything right. But yes, the film treats itself scene by scene, and perfects out what the fans want and also what the families want. A Vijay film coming in such a package is definitely worth a visit to the theatre, say what.

A light-hearted film that could have been related if it had been executed well, Thanks to Vijay and Thaman, despite many issues, the film stays as a fairly watchable entertainer largely due to them.

Vijay Rajendran is a happy-go-lucky man, but everything changes after the unexpected death of his foster father.