Prabhu Solomon’s Kayal is a sweet and endearing tale of love with characters that touch your heart, haunting locales, beautiful music and emotions that are simple and true. A thoughtfully-written script packed with honest emotions, plenty of humour, potent dialogues and excellent performances make Kayal worth a watch.

The greatest strength of Kayal is that Solomon makes you root for his characters and you start echoing their feelings taking part in their joy and sorrow. However in the process of making this film a musical, Solomon does bring in a few lag moments. He could have done away with a couple of songs.Toting up, Prabhu Solomon’s Kayal is a beautiful love story complemented by amazing visuals, exemplary music, some great performances and a greater writing. Verdict: A love story told well with good visuals, music and performance

Unlike Mynaa and Kumki, Prabhu Solomon finally broke the jinx and gave a happy ending, but allows us to leave with a heavy heart. He makes us wonder if such unadulterated love still exists in this world. The current generation, where love is communicated in Facebook & Watsapp, he shows us that love needs to be felt from inside. Kayal is a technically well-made film, which was equally backed up by some awesome performances. A hat trick for Prabhu Solomon.

The best thing about Kayal is the characterization of the hero and is friend. The humour in the first half of Kayal stands out. And there are no comedians as such.The unfortunate irony in Kayal is that the hero who brims with confidence and refuses to put on  even a frown on his face at times of adversity, turns into someone who would weep all the time as soon as falls in love. With an excellent first half and a slightly melodramatic second half Kayal is a breezy watch and surely another winner from Prabhu Solomon. 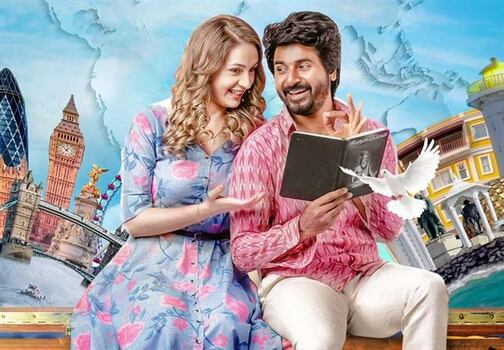