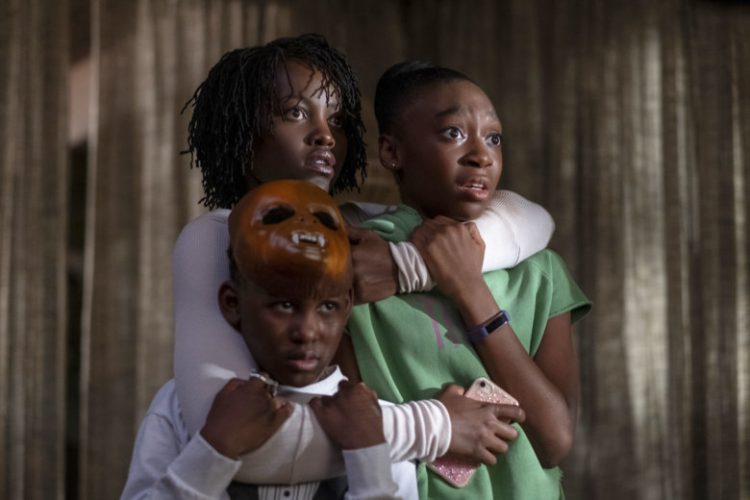 ‘Us’ is as refreshing as it is perplexing. As the director takes you into the eerie world of his protagonist, he attempts to marry deep rooted sociopolitical issues with cinematic horrors, and eventually leaves you with some food for thought. This is not your staple horror fare, but a more evolved riddle of an imaginary dark world that might just be a reality. Think again!

Us is not Get Out. Let me take this out of the equation right away. Director Jordan Peele’s sophomore venture is not a crisp, easy to understand, crystal clear allegory as his first movie. It asks you to pay attention and possibly come back for another viewing before you jump into a debate about the movie by the watercooler.You cannot put Us in a category and that is why it makes a compelling (a bit repetitive towards the end, but that’s OK) watch.

Which brings me to the point of contention – the ultimate reveal. When the film finally draws its curtains, we’re given some information that is so crazy it derails the mechanics of the events preceding the film. As a moment of pure shock value it works, and even as a larger political statement it fits well, but when you begin to think of the mechanics of how things work, the story completely falls apart. It’s a classic case of a filmmaker’s reach exceeding his grasp, and no matter how much fans of Peele try to justify and fill in the logical loopholes, there’s no working around the implausibility of it all. And this is glaring only because Peele is a smart filmmaker, and he could have put in the extra ten percent to iron out the kinks in the story’s mechanics. Peele, seemingly, has dug his own hole because he’s made the film too thought-provoking, and he’s set his own bar so high with his first two films, we expect nothing less than a masterpiece in whatever he makes next.

A power-packed performance by Lupita Nyong’o, as both Adelaide and Red is the soul of the film. The way her expressions change, reflecting every situation, is a delight to watch indeed. Her bravura act is backed by some fine acting by the rest of the cast as well. All-in-all, one can say that Jordan Peele is fast becoming a master of suspense. Us will spook you and will also make you think. You’re sure to have heated discussions about its ending long after you’ve watched the film.

Accompanied by her husband, son and daughter, Adelaide Wilson returns to the beachfront home where she grew up as a child. Haunted by a traumatic experience from the past, Adelaide grows increasingly concerned that something bad is going to happen. Her worst fears soon become a reality when four masked strangers descend upon the house, forcing the Wilsons into a fight for survival. When the masks come off, the family is horrified to learn that each attacker takes the appearance of one of them.