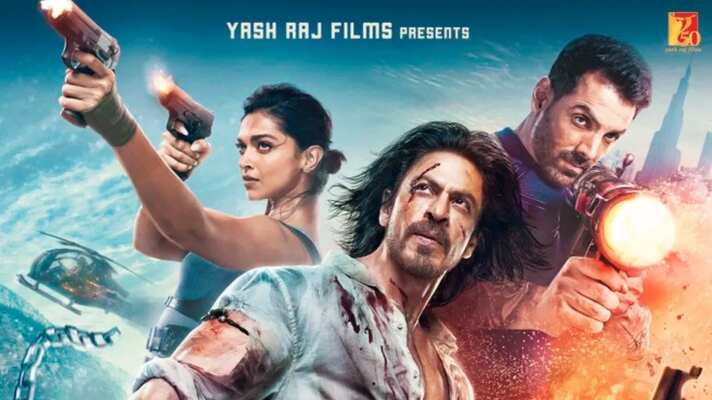 Pathaan has it all: Star power, style, scale, songs, soul, substance and surprises… And, most importantly, SRK, who’s back with a vengeance… Will be the first Blockbuster of 2023.

On the whole, Pathaan is a blockbuster, no questions asked. It will break plenty of records and create many new ones. It is destined to be one of the biggest Hindi hits.

With Pathaan, the emperor gets his groove back. From his electrifying introduction scene to the end sequence, in which co-writer and director Siddharth Anand tips his hat to three decades of stardom Shah Rukh commands the frame.where the film falters is the screenplay which is weighed down by convoluted chronology and in places the VFX wobbles.I was cheering and tearing up I exited the theater thinking about the sheer joy that Shahrukh has added to our lives it’s fitting that yrf the studio that consecrated him as Rahul and Raj has now reinvented him as a savior of the world with charm and smarts chivalry

The characters are stereotypical and at times, the emotional scenes do not have the kind of weight they should. Shah Rukh is earnest and Deepika tries but the direction falters in some of the tender moments. But Pathaan’s target audience does not mind that. It is a formula that has seen War, Dabangg, Tiger, and Singham succeed. Pathaan takes that formula a notch higher. The film is paisa vasool in every way. A masala entertainer that Bollywood has perfected over decades and served just perfectly. Go watch it if you want to be entertained!

Pathaan is one of the best action films made in India. It is a visual treat. Shah Rukh Khan proves yet again why he is king. His commitment to his craft and audience will make you Jhoom in the theatres and how.

The story arch is also quite problematic in ‘Pathaan’. There are too many highs and lows in the pre-interval film and this penchant to stick to chronology is confusing. The post-interval film is a completely different ball game. For what it’s worth, ‘Pathaan’ is a one-time watch and a great way to begin 2023 with a major megastarrer. It has its moments and is sure to bring SRK fans back to theatres also perhaps giving a good box office start for Bollywood this year.

it is ‘Pathaan’ which has got the spy movie-laced-with-heavy-doses-of-patriotism bouncing off the screen, with Shah Rukh Khan acing the action avatar, flaunting the floppy-hair-glinting-aviators-eight packs (or is it twelve?) look.That’s because it has finally got what’s needed in an action movie — non-stop action, leavened by glamorous leads, topped by the guy who can save the world, a high-octane set piece, and an emo line at a time.

An event film of sorts, since it marks Shah Rukh Khan’s return to the big screen after four long years, Pathaan is an ambitious action thriller that plays to the gallery and lives up to the hype. Far fetched in writing but high on star power and style, Pathaan feels more like a filmy Mountain Dew commercial which slowly but steadily finds its footing.If you are willing to overlook the frivolity in dialogues like ‘You are pretty screwed’, Pathaan has all the ingredients of a masala potboiler — slowmo entries, iconic battle of good versus bad and most importantly a sexy-smouldering Shah Rukh Khan, who can fight the good fight on and off the screen.

Only if looks could’ve killed, this film could’ve been a better killer. It suffers from ‘War’ syndrome, but not as worse. This spy thriller has some spy & some thrills but are they enough? Yes, and no. Yes, for they’re enough to keep you intrigued for a while but no they’re not as smart as you’d expect them to be. Siddharth Anand keeps style up & high on the priority list hence hampering the story side of the film which has usually been his weakness. If War is the benchmark, this touches that safely

Director Siddharth Anand, who’s best known for glamorising his stars and presenting them in what sometimes look like lavish set pieces inspired by Hollywood films, Pathaan is no departure from his signature style. If anything, it is a reminder of his previous work – the bromance laden War and the Mr and Mrs Smith desi tribute called Bang Bang ! Here, Anand serenades the audiences with scenes and imagery that is a direct tribute to some iconic Hollywood films.Pathaan is unapologetically fun. It isn’t trying to send a public service message or pass a commentary on the current state of affairs. Instead, it sets the clock back to a time when a Shah Rukh Khan film at the cinemas was a moment to rejoice.

Pathaan, an exiled RAW field operative is assigned to take down “Outfit X”, a private terrorist organization that is planning a nuclear attack on India. 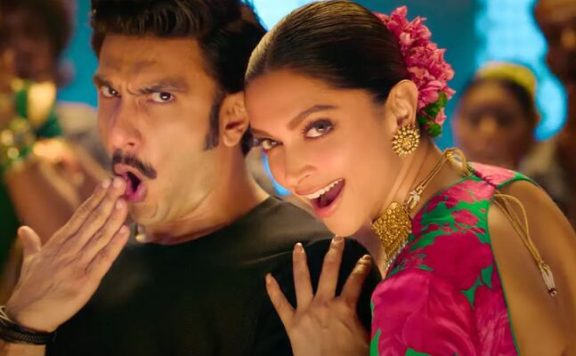