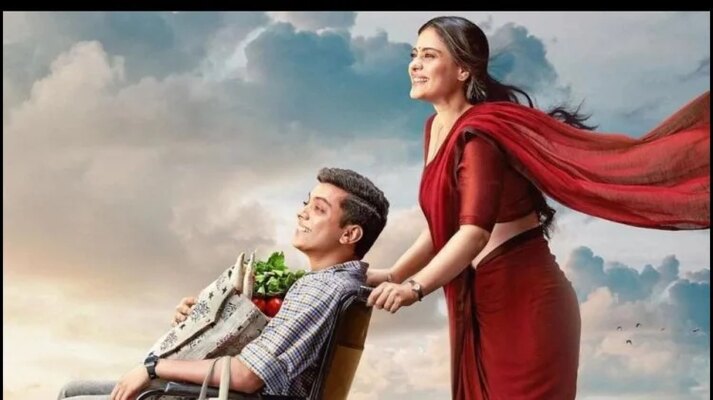 Revathy’s direction is so-so. It is fair as far as the craft is concerned but, unfortunately, she has neither been able to make a tearjerker nor a film which has the power to start a movement or at least provoke thinking individuals to even discuss the issue raised in it. On the whole, Salaam Venky is a depressing fare which will get the audience’s thumbs down. It will do poor business.

Through its hiccups, Salaam Venky is a respectable outing by Revathy. The film s decidedly somber; with many moments to laugh about. Be warned though, overwhelming sadness will take a piece out of you and will even tear you up.

In the 2004 ‘Phir Milenge’, which was about a man fighting against the challenges his AIDS diagnosis saddles him with, director Revathy had given us a stirring story of hope against all odds. In this one, whose subject is a direct tug at the heartstrings, she eschews all understatement. Every sequence is created to fill you with pathos, and leave you teary-eyed.

Venky mouthing filmy lines may make you cringe a little and Sujata, on the other hand, will sometimes remind you of the mothers from typical 90s daily soaps. A few lines are so melodramatic that they even make you go ‘WHAT?!’That said, Salaam Venky is perfect for those who need a good cry.

Would I recommend Salaam Venky to anyone looking for a quick weekend fix? Heck nah. The movie is deep, deals with a sensitive issue, and will leave you in tears for the most part. Does that sound like a light watch in any way? But if you are wiling to put the time in, Revathy’s directorial debut is a film that is bound to leave you in your feels and make you think. My only suggestion – please carry tissues along with you. The author thought she was strong enough to withstand the gut-wrenching story of an ailing son and his mother (don’t ask why), but she was clearly wrong.

Under Revathy’s expert steerage, Salaam Venky also tackles these ugly truths at the intersection of law, medicine and sociology (much like her earlier film, Phir Milenge did). That it does so without compromising on narrative momentum is doubly admirable. Watch this accomplished tear-jerker with friends and family, I’d say, and feel free to bawl your eyes out afterwards.

Overall in the review, Kajol starrer Salaam Venky is an emotional film that is bound to make you all teary-eyed. You can take away two things from this film – one, a mother’s sacrifice and dedication for their children, and the second, how to live your life to the fullest. I’m going with 3.5 stars as the film narrates the beautiful story of a mother and her sacrifices for her son.

For an honest attempt and a story that is moving and brave, you must give it a chance. Maybe wait for the OTT release. Salaam Venky is earnest film but also flawed and one cannot ignore that. A more realistic approach would have done wonders.

Sujata, an ideal mother, who battled the most challenging situations one can ever face with a smile.