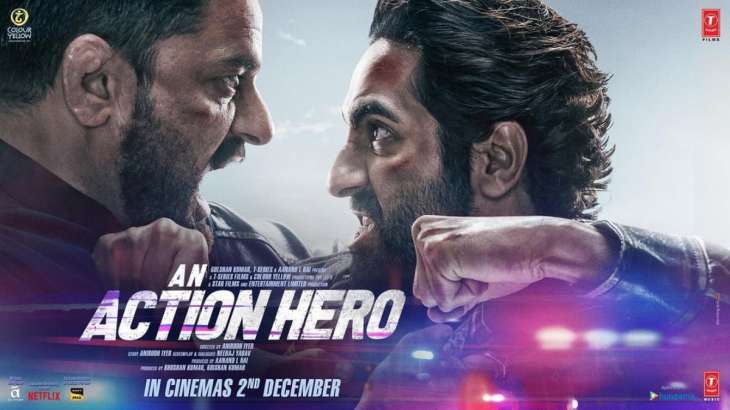 On the whole, An Action Hero is a well-made film but its commercial prospects are bleak because of the casting and some inherent flaws in the script.

An Action Hero bustles with coiled energy every time Jaideep Ahlawat is on the screen as a toughie responding to a rough, ready and rustic notion of justice and self-worth. An inveterate scene-stealer, the actor keeps the ‘action hero’ Ayushmann Khurrana on his toes. The two principal performers lend the movie some of the power and energy that it requires to keep firing on all cylinders. The rest is provided by the canny screenplay and the directorial panache.

All in all, if you are in the mood for some mindless action and wish to see Ayushmann perform car chases and action sequences for the first time (and the chiselled body), you may still give the film a shot. And all you Jaideep lovers, this man nails it, yet again. However, if you plan to book An Action Hero tickets thinking of it as yet another hatke Ayushmann film, we would ask you to pause and give it a second thought.

This isn’t a great piece of cinema or anything but it doesn’t pretend to be one either. It sets out to be an absurdly funny, unpretentious crime comedy and it totally lives up to that hype. An Action Hero is wacky, breezy, bizzare, outlandish and yet makes a statement.

An Action Hero is pretty much what its title says it is: it is about an action hero, and his unexpected adventures, during which he learns the difference between reel life and real life. But, and this is what makes the film more than a message-wrapped-in-a-bottle, a favourite Bollywood trope, it is stuffed with meta jokes, in-house gags, and a running jibe against the shouty TV shows which have declared Bollywood a national enemy, including a string of rebuttals to the hashtag #boycottbollywood that’s been the bane of the Hindi film industry. The best part: many of those jokes land, and An Action Hero becomes a rarity, a caper which is mostly fun.

At first, it felt like I was watching a film, and in it, another action movie was going on. But I missed moments which make your jaw drop with its brilliant climax and leave everyone whistling in the movie hall. It didn’t live up to the expectation. An Action Hero is slightly different from Bollywood typical action films, but Ayushmann starrer falls short of being a satisfying action-thriller. In a nutshell, just imagine two talented and versatile actors in an action film with a bad plot!

The first project for Anirudh Iyer turns out to be a celebration of the Hindi cinema he has grown up on & wants everyone to feel that with him. Things are not picture-perfect as the second act loses its grip but let’s not give him much flak for giving an entertainer at the neediest times to Bollywood. All said and done, this is a ‘bring your brain to the theatres’ film as even though this is a masala entertainer, it’s not mindless at all & Ayushmann Khurrana steers in the right direction!

Not everything in the plot adds up and you wish the film was tighter, but it does have a fair dose of action and comedy backed with good performances. The interesting thing about ‘An Action Hero’ is not so much the story itself, but seeing Ayushmann Khurrana get into the skin of an action hero and flex his muscles (literally) on screen. For that, maybe, you can make a trip to the theatres. 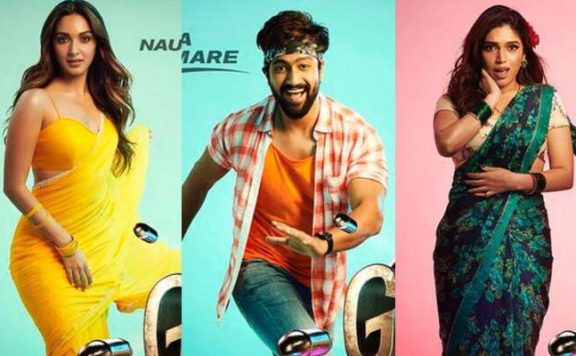