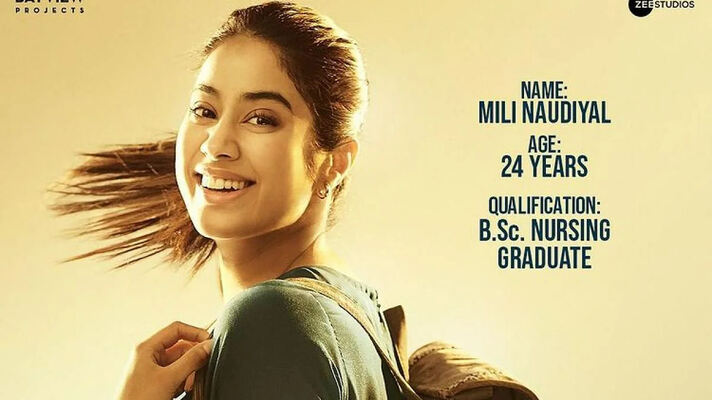 On the whole, Mili is a well-made film which is entertaining in a different way. It deserves to do well. Of course, its business will not match its merits — and, in fact, box-office collections will be poor — because of the general reluctance of the audience to visit cinemas to watch non-spectacular films and also because it is a woman-centric film, awareness about which is low.

After Watching Mili I had the same question that I had after Vikram Vedha why are talented directors from south remaking their own films in hindi frame by frame. In Mili, starring Janhvi Kapoor, director Mathukutty Xavier who won the National Award for Best Debut Film for Helen repeats himself almost exactly. Again I am not entirely convinced why we need Mili when Helen already exists but in itself it is a watchable film.

Given the space Mili falls in, you miss the character complexities here, something that Danny Boyle encapsulated in his gut-churning slow-burn ‘127 Hours’ or Rajkummar Rao portrayed in ‘Trapped’. Mili lacks the nerve-wracking, gripping intensity that is most essential to this genre.

Mili would have been infinitely sharper and more gripping had it been somewhat shorter. At a little over two hours, it isn’t exactly an overlong film, but given the nature of the emergency that the protagonist’s accidental confinement sparks – it limits the film to a closed space for the most part – some bits of it feel a touch inessential. But all said and done, Mili is one remake that is anything but unnecessary. It has its moments and a pivotal performance

Survival thrillers can be edge-of-the-seat experiences, where along with the impossible situations intrepid humans find themselves in– trapped in narrow snowy crevices where they have to chop off a limb to be able to survive, or gnawing at unmentionable things while stranded on an island– the astonishing resilience of the human spirit is celebrated. The best ones know how to ratchet the tension, building up just the right rhythm. ‘Mili’, helmed by the same director who did the 2019 Malayalam original, is too long. The pace slackens in places, and the bloat becomes the problem.

The film fails to invoke the right emotions, or give goosebumps and emotionally bind the audience together, despite earnest performances. If you have watched Anna Ben’s Helen, then Mili may not be for you. But given that Helen seems to have been removed from OTT platforms, Mili could be given a chance.

Like the Malayalam original, Mili has chills and thrills aplenty but what gives a young woman’s solitary struggle its significance is the goodwill she holds, the reconciliation it inspires. Often in building a perilous premise, writers neglect to make us care about the person caught in its midst. But the butterflies I felt in my stomach are testament to Mili Naudiyal’s (played by Janhvi Kapoor) likeability. I wanted her ordeal to end, I wanted her to feel safe.

But the Hindi version while being a scene-to-scene remake fails to bring in the binding glue that puts all of this together effortlessly. The original had a very eerie vibe to it from the word go. Maybe a lot was also because Ana Ben’s petite appearance also made it difficult for us to think of anything bad happening to her. The Hindi version is not organically shaped towards the dooms day where she gets trapped, rather it looks like it is racing towards it. Now, this could also be a result of me already having seen the original. Also, the conversation around the intercaste affair doesn’t land as well as the original here.

Even though the plot of the film is very simple, there are multiple flaws in its writing. To begin with, when Mili gets stuck in a freezer, her phone is ringing. Her father (played by Manoj Pahwa) continues to call her but when she does not answer, he files a missing complaint. However, for the longest time, nobody even thought of tracking her mobile phone. Only around the climax of the film, Mili’s boyfriend aka Sameer (played by Sunny Kaushal) suggests that they should try tracking Mili’s phone. Overall, Mili could have been a much better movie if the writers would have worked a little hard on the script. You can go and watch it in theatres, but it is surely not one of those films which will leave a mark.

Mili Naudiyal, a 24-year-old graduate in BSc Nursing, gets stuck in a freezer, and has to fight to stay alive. ‘Mili’ is the official Hindi remake of the Malayalam thriller ‘Helen’. 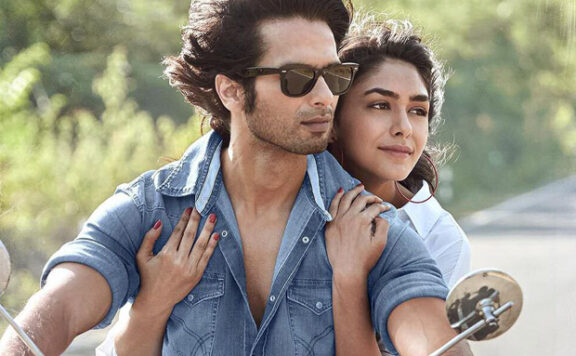