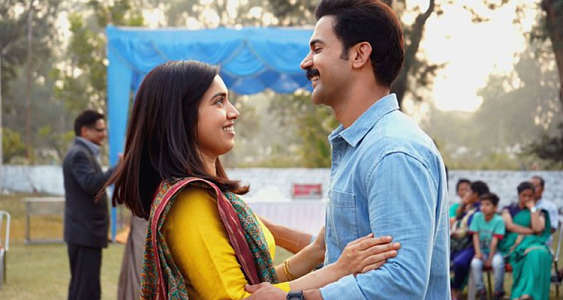 On the whole, Badhaai Do is a well-made bold and class-appealing film meant only for a few multiplexes and high-end single-screen cinemas in the big cities but it definitely does not have universal appeal because India is not yet prepared for such subjects in the mainstream film domain. Its casting (by Shiv Chauhan and Ashish Khare), sensitive handling, realistic characters and wonderful performances are its biggest plus points. However, its ultra-bold subject will greatly restrict its appeal.

And still, Badhaai Do doesn’t become absorbing until we are more than halfway through. Unlike Badhaai Ho, which was also written by Akshat, this film isn’t consistent with either its laughs or its emotions. Apart from Sheeba’s character, the family membe. Badhaai Do doesn’t manage this reconciliation. But it isn’t entirely toothless. The film passionately advocates for inclusivity and acceptance. Which is always a welcome message.

Parting thought? Not that Badhaai Do is bad. It has its heart in the right place, and gives us a real feel-good ending, which is what most movie-going junta hopes for. But did it bring about any change? Even stir something in your heart? We doubt it.

But then ‘Badhaai Do’ falls into the same trap films with ‘brave subjects’ gravitate towards. Once it is put out there, it starts developing cold feet, and wraps up its crucial core under layers of heavy-handed humour, and the tiresome boister of a joint family we’ve seen over and over.

But even as the film ends in personal catharsis, the systemic claws — laws, social standing, public presentations — weigh the characters down. The film doesn’t have answers, perhaps, because there aren’t. But at least, unlike Made In Heaven and Inside Edge it doesn’t pretend its characters are fighting legal cases for the emancipation of its queer characters, overhauling systems and centuries of hate and exclusion. This, despite one of the characters — a Gulshan Devaiah cameo — even being a lawyer. It lets the personal and the systemic remain separate.

Badhaai Do’s intentions are spot on, the treatment is hearteningly sensitive and empathetic, the result is topical, the performances from Rajkummar Rao, Bhumi Pednekar and everybody else win you over, but for it to have worked primarily as a film and leave a telling impact for the gay community, the treatment needed to be way better. I’m going with 2.5 out of 5 stars.

Therés a lot going on in Badhaai Do and that’s precisely the most jarring thing about it. The story talks about one’s own acceptance, importance and readiness to come out as a homosexual person. It then talks about surrendering to the social standards of living like a couple and then moves to question the misogyny that most women face in a family right after they are labelled as ‘bahu.’ The story slowly moves towards the rights of the LGBTQ community in India and the issue of legalising adoption for same-sex couples. All this when the main focus should have clearly been on normalising the conversation around homosexuality in an average Indian household. On its surface now, the attempt looks almost like that of a brilliant chef’s who wanted to include a lot of elements into her dish but ended up making a khichdi that lost both its simplicity and individuality.

Badhaai Do attempts to normalise the big-screen depiction of the gay and lesbian community and their romantic relationships. The complexities of marriages, middle-class traditional families and their demands from individuals have also been shown with sensitivity and realism. The beauty of the narrative lies in the fact that there is no judgment – the characters are not treated differently because they’re gay. From the word go, the film treats the lead pair’s sexual orientation as matter-of-factly as possible.

Instead of coming out, a gay man and a lesbian enter into a marriage of convenience to appease their parents.