First half of the film is a little disappointing. Second half is better. A few of Brahmanandam’s scenes are handled well. Plus points of the film are NTR’s performance and a few of Brahmi’s episodes in 2nd half. The minus point of the film is lack of freshness and a complicated screenplay. This film is made with mass orientation and the success will depend on how masses take it!

While the script does show some promise initially, it fizzles out eventually as the film becomes reminiscent of ’80s faction films. Only this one chooses comedy over action to put across the message of love and universal brotherhood. Rabhasa does have its moments, like the entry sequence of NTR and a couple of comedy scenes, but there is nothing spectacular about the film. And coming from NTR, it is a major dampener.

Rabhasa would have been a far better film, had the screenplay been more liberal with expanding on key elements and developing the sub plot in a more engaging manner. The first half tests the patience of the audience and the second half is predictable, but works a bit due to Brahmanandam’s episodes in the middle. If you’re Jr NTR fan, then Rabhasa comes with a one watch tag. But if you are looking for something different, it’s better to wait for its home edition.

On the whole, Rabhasa is definitely not the blockbuster hit that NTR was desperately looking for. But some entertaining comedy and NTR’s one man show, will surely make the general audience lap up this average entertainer during the festive season.

Director offered high doses of sentiment before signing off and made sure that this film has everything for everyone. Rabhasa is a typical Telugu commercial film which would satisfy the audience that doesn’t expect anything more from a movie. Comedy in the second half would make this a safe bet at the box office. But the audience who look for some variety and novelty will be left fuming by the end. Rabhasa is a commercial film made for masala lovers. Liking it or not will purely depend upon your personal taste. 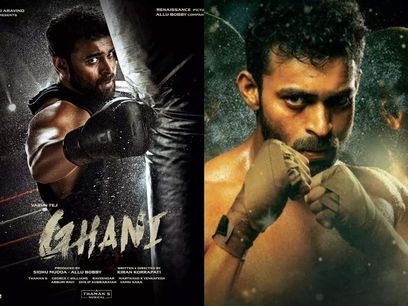