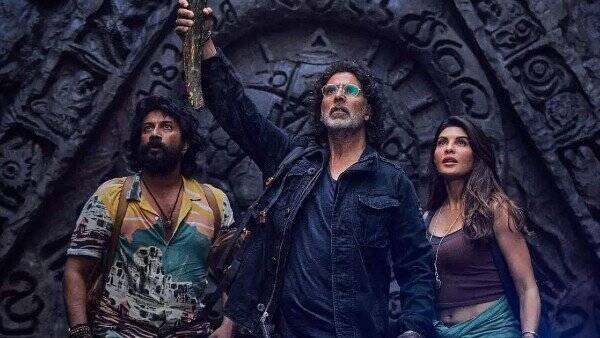 Ram Setu should have been a thrilling yarn instead its an eye glazing opportunity lost. the story has fasciniating , intriguing possibilties but film doesn’t even capture fraction of it. Ram setu has got ambition and it has got scale but some of the VFX is poor which is strange because this film relies so heavily on it. If you want to see a better blend of religion myth and adventure I recommend Karthikeya 2

On the whole, Ram Setu has a fairly good courtroom drama and the portion that follows it, both of which will be loved by the devout Hindu audiences but the film otherwise lacks conviction. It will, therefore, not do much at the box-office in spite of the advantage of the Diwali holidays and festive spirit. Chances are that it will do average business in a couple of circuits only but not prove to be even average in the other circuits.

In conclusion of my Ram Setu review, I will say that the film excels on the story front but falters on the technical aspect. Satya is the biggest highlight of the film and the depiction and insistence on mythology might see some divided opinions, but it isn’t also something that will sound too people-pleasing as well. In a one line review for Ram Setu, I will say that the film offers an adventure that is indeed intriguing yet falls short on being epic.

Without getting too preachy, the film could’ve still held its ground with a script that was crisper and did not leave too many loose ends. The film is based on a premise that is interesting, but feels like a drag every now and then while also seeming too ambitious. Yet, even with all those things, it does make for a one time watch because it might all feel like worth your while in the end.

Ram Setu presents the faith-versus-science debate in a manner so ham-fisted and heavy-handed that one can sense from thousands of nautical miles away that it isn’t the least bit interested in an intelligent engagement with veracity, belief and reason. Sense is a bridge too far for Ram Setu. Its arguments, which do not hold much water anyway, are submerged by waves and waves of inanity.

If the build-up is disappointing, the climax only gets worse. Set in a courtroom, Aaryan rants about ‘progress not at the cost of sanskriti’. In its desperate attempt to reframe mythology as history and vice versa, it does a lot of disservice to Shree Ram’s legacy and faith in general. Barring a few decent chase sequences, Ram Setu has no spark and is way too preachy. Lord Rama doesn’t need a salesman or films acting as Instagram influencers for him.

All said and done, while I give this film a glowing one star, I’d still want you guys to watch this. Not because it has some saving grace, but because if Rajkumar Kohli (Jaani Dushman’s director) set out intentionally with an unlimited budget to make the worst movie ever, he could not have made something this bad.

Akshay Kumar’s Ram Setu has a brilliant story at hand – where does science end and faith begin? Can literature, just because it has years on its side, be declared history? The argument rings obvious bells as you sit and watch Akshay’s Aryan tread this tricky path. Unfortunately, a brilliantly debatable and thought-provoking issue such as this is completely marred by terrible, terrible execution. Apart from tipping his hat to everything he thought he needed to – religion, faith, wokeism, wokeism in the realm of religion, religion in the time of wokeism – Abhishek Sharma (director, Ram Setu) does little more to really stir the pot. Ram Setu feels highly underwhelming. It has little or no cinematic appeal. In the end, it is neither funny nor serious.

On the whole, RAM SETU rests on an interesting premise and a well-executed climax. However, the film suffers majorly due to a lack of a convincing plot and poor VFX. At the box office, it will need strong positive word of mouth to sustain, especially after a not-so-encouraging opening.

The plot involves an archaeologist, who is investigating whether the bridge is a myth or a reality. According to the epic Ramayana (7th century BCE to 3rd century CE), Ram Setu is a bridge built by the god Rama’s army of Vanara to reach Lanka to rescue his wife Sita, who was abducted by Lanka’s Rakshasa king Ravana. 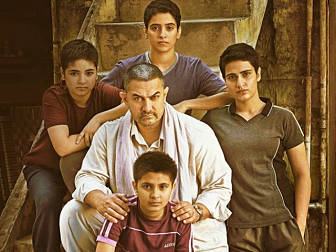