Panipat ultimately is overlong and unwieldly. It may have its heart in the right place but its other organs are all over the place. Gowariker, who kept us engaged and invested through 3 hours and 40 minutes of Lagaan, or even through the genteel romance of Jodhaa Akbar, can’t seem to recreate the magic of his finest films. I’m going with a generous two out of five for Panipat. You come out feeling like you’ve survived war…just about.

On the whole, Panipat is a flop fare as it lacks the ingredients of a commercial entertainer. It is like a boring history book which not many would care to open. It will entail heavy losses to all concerned.

The biggest hurdle is the writing– Ashutosh, Ranjeet Bahadur, Chandrashekhar Dhavalikar and Aditya Rawal are credited with screenplay and Ashok Chakradhar for dialogue. I always get worried when I see too many writers because a film needs a unified vision. This is writing by committee and it shows on screen – instead of an organic story, we get a fractured, leaden structure that moves from one scene to another with the help of a voice-over and animated maps. The road to the battle is long, literally – the army travelled from Pune to Panipat and it seems like the writers decided to document every twist and turn along the way.

A period film about a 18th century Maratha warrior who took on the might of the army of a fierce invader from Afghanistan in an abortive bid to protect his land and people, Panipat – The Great Betrayal is its own worst enemy. Beginning with the tagline and the casting and extending all the way to many of the other artistic choices the director has made, Ashutosh Gowariker’s earnest yet erratic recreation of history is crammed with ill-advised incisions that militate against the very purpose of the drama.

Every school child with a well-thumbed history text knows about the third battle of Panipat in 1761, in which the Marathas and marauding Afghans clashed, and thousands of soldiers perished. The outcome was a turning point: it halted the advance of the Marathas, and the internecine war between the rival principalities paved the way for the British dominion.Gowariker’s film has a very clear stance: to topline the valour and battle skills of the Marathas, as they fought off the Afghan invaders, in order to save ‘Hindustan’.

‘Panipat’ packs in a layered narrative that delves into the complex politics of the period, the intricate workings of war strategies versus might, negotiation dynamics and the importance of forming alliances.‘Panipat’ delves into a significant chapter in history and is a war drama that lauds the unshakeable bravery, courage and the strong principles of the Marathas.

On the whole, PANIPAT throws light on an important chapter of Indian history with the battle scenes as its USP. At the box office, it will need a strong word of mouth since it faces competition in the form of PATI PATNI AUR WOH.

Overall, Panipat: The Great Betrayal is worth your time and money. Watch it for its grandness, solid storytelling, engaging screenplay, Ashutosh Gowariker’s skilled direction and some good performances by the lead cast. P.S: Keep the tissues handy in the powerful climax, you might need it.

All said and done, Panipat delivers what it promises and does full justice to it. An accurate representation of historic events maintaining the balance well along with being entertaining. Kriti Sanon is a show-stealer!

In 1761 Sadashiv Rao Bhau leads the Maratha army against the invading forces of Ahmad Shah Abdali — the king of Afghanistan. 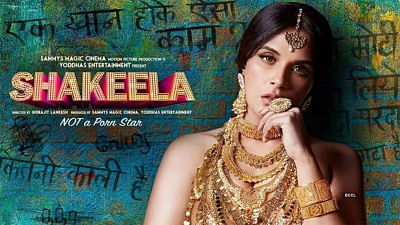