Pati Patni aur Woh is too slight and too simplistic to make any deep observations about marriage or companionship. In fact it reveals very old-fashioned notions of what actually constitutes infidelity. But it’s also true that the film sparkles with humour and cleverly timed dialogue. Most of the punch lines are hilarious, and unlike other films of this genre the jokes aren’t just your standard visual gags of the cheating husband repeatedly coming close to being caught. Those gags are there too, but the sharp lines and spunky performances frequently elevate even ordinary scenesI’m going with three out of five for Pati Patni aur Woh. In a very roundabout, over-simplistic way, the film is actually progressive. Thank you for small mercies. Plenty laughs are guaranteed.

On the whole, Pati Patni Aur Woh is a super-hit fare. It has tremendous entertainment value and is a veritable laugh riot. The youngsters will take to the film like fish takes to water and they will even repeat the film. In short, the film will be unstoppable at the box-office.

Pati Patni Aur Woh is a 1978 film about a married man who has an affair with his secretary. When she first walks into his office, he stares at her breasts and imagines undressing her. He also says: Aap jawaan hain, khubsoorat hain, aapki figure acchi hain. In other words, this is the exact film that you don’t want to remake for our post Me Too times. And yet, writer-director Mudassar Aziz attempts to deliver a remake that is lively, funny and at least superficially, progressive – he doesn’t always succeed but there is fun to be had here.

This iteration of Pati Patni Aur Woh manages to convey two truths: one, Bollywood’s fictional heroines have evolved much faster than their male counterparts and two, film comedies that Mumbai churns out these days are no patch on the ones that the industry produced in earlier decades. Yet, this is a passable substitute for the real thing, which was far livelier and wittier.

Alternating between a farce and melodrama, thankfully none of it coming from the women, Pati Patni Aur Woh can’t decide whether it wants to be the climax of a Priyadarshan comedy or give the cad a dose of his own medicine brand of cheeky payback. What it’s certain is every straying male deserves sympathy. So did the devil.

Mudassar, who both directs and has written new dialogue, definitely plays for laughs, although not all the jokes are in good taste. Aaryan is also given a showcase speech – a hangover from his hit Pyaar Ka Punchnama monologue – during which he grumbles about the plight of the Indian middle class male. Pati, patni or woe? One has to ask – what do these women see in Chintu?In 2019, the men as seen in this movie, are still taking women for granted, and the women, who maybe independent-spirited, are still responsible for forgiving and forgetting.

Mudassar Aziz, who has directed films like ‘Happy Bhaag Jayegi’ (2016) and ‘Happy Phirr Bhaag Jayegi’ (2018), has a firm hold over the romcom genre. Though he takes some time to set up the plot, he doesn’t let the film deviate from its path. He keeps the film breezy and ensures that there are enough funny dialogues and witty one-liners to keep you hooked. He keeps the narrative simple and avoids getting into the preachy zone. Though the plot is known, the director manages to keep you invested throughout. Though this is a remake of the Sanjeev Kumar-starrer, the treatment given to it is such that it is relevant even to the viewers today.

PATI PATNI AUR WOH’s basic idea is based on the premise of the original film. Jasmeet K Reen’s adaptation of the script however is not a copy paste job. A lot of modifications are done keeping in mind the changing times and also because audiences have seen many such films. Hence the second half especially provides lot of surprise which is not seen in any other film of this leagueOn the whole, PATI PATNI AUR WOH is a fun filled entertainer which is also quite progressive in many ways. At the box office, the strong buzz coupled with Kartik Aaryan’s presence will ensure a healthy business at the box office window. Recommended!

All said and done, Pati Patni Aur Woh is a fun reboot of a classic. A treat for Kartik girl-fans & one can watch it while enjoying a pretty portion of Nachos. Light-hearted fun!

The film, a modern take on the cult comedy-drama by the same name (1978), follows the escapades of a married man, who falls for another woman, and the chaos that ensues. 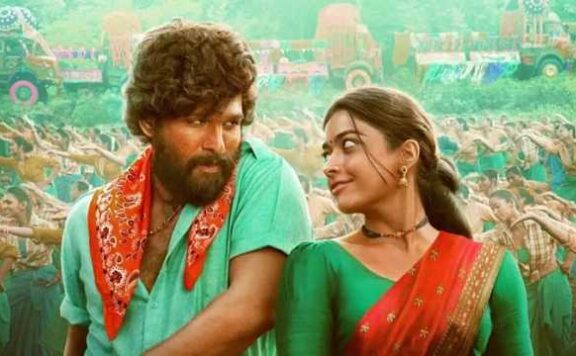