Saaho, which stars Prabhas in his first screen outing since the Baahubali films, took almost two years to complete, cost roughly Rs 350 crores to make, clocks in at nearly three hours, and leaves you with the kind of pounding headache that’ll take the better part of the day to recover from. At one point in the film Chunky Pandey, who plays a nostril-flaring crime boss named Devraj, threatens someone, saying, “I will put you through a lot of pain.” He might as well be speaking to the audience.

On the whole, Saaho is a soulless film which bores more than it entertains. It has superb action but also a boring and confusing script. It will, therefore, not find appreciation commensurate with its investment and canvas. It will go down in history as a film which had a huge budget but, perhaps, none for the script. After a fantastic opening day and, therefore, a fairly good first weekend, its collections will come crashing down so badly from Tuesday (after Ganesh Chaturthi holiday on Monday) that it will soon be forgotten as a dismal fare.

I know that a popcorn entertainer like Saaho isn’t driven by logic or coherence. And I would have made my peace with it if the film delivered a good time. My biggest complaint is that it’s a crashing bore. A lot of hard work has gone into creating the action and the extravagant sets. The budget is a reported 350 crores but for the viewer there’s little bang for the buck. I got through it by getting involved with the peripherals – like the many, muscled henchmen who had fascinating haircuts and tattoos. They all growled and glared into the camera. And it was a noticeably international team. In one scene, we meet baddies called the Franco Brothers. Their introduction is – inko darr hi nahin lagta. Animals also appear randomly – an ostrich, a python and a panther. It’s superbly nutty. There so much on screen and so little that sticks. I hope the next time Prabhas decides to dedicate years of his life to a project, it’s closer to Baahubali than this.

Saaho may, like so many other shrill, gory actioners of the recent past, end up make pots of money. But that will not take away from the fact that it is egregiously turgid. A Telugu superstar attempting to break into Hindi cinema should have chosen better.

Saaho hopes to achieve too many things but only ends up in a mangled mess. When a fight sequence set in a Mumbai chawl features an ostrich and a python, you’d want to smoke what the writer of this one possibly scored. But what’s more appalling is the preposterous waste of resources, especially with the economy in a slump. Do we need a battle tank in a love song? If so, do we need it to flatten vehicles on its route in the very song? Even if this was accomplished in CG, the very idea makes no sense. Marketed as a film with mind-blasting action sequences, this one has a chase or two that could keep you mildly excited. But when an undercover cop who has gone mute for a while receives a text from another saying “Are you still police?”, it’s enough to defuse the situation.

Saaho starts with the promise of a slick, high-octane actioner. Impossibly high sky-scrapers, all gilt-edged. A bunch of extremely international baddies, all togged out in designer black. Villains-in-swanky dens, swish molls, cops-in-plain-clothes-and-uniforms, bad guys who may be good, good guys who may, gasp, be very bad indeed, all in search of a huge stash of money. And helmed by Prabhas, who strode across the gigantic Baahubali canvas, cleaving a path to mythic victory.Everything a thriller needs is in here. You settle down to a non-stop, breathless, firing-from-all-cylinders ride. But Saaho turns out to be a damp squib

On the whole, SAAHO suffers from a lackadaisical script and a vacuous screenplay. At the box-office, it is bound to have a huge start and a good extended weekend due to tremendous hype and the fan following of the lead cast but will face obstacles post the weekend.

Prabhas no doubt has the charisma and the swagger to make Saaho likeable. He plays it with enough gravitas to make us want to believe in him, but the script and action sequences are tailored to elicit jeers (or looks of horror/disbelief). At this point we need to acknowledge that certain sections of the audience were having a ball, cheering on their superstar and whistling and applauding his every move. Such fandom indeed is the only redeeming factor that can salvage this movie. Prabhas owes his fans big time if Saaho ends up creating any sort of record at the box office.

‘Saaho’ surely delivers well as an action extravaganza with an adrenaline pumping climax. The film’s second half picks pace, but is marred by a weak narrative that requires constant suspension of disbelief. Also, the special effects and CGI often lack the finesse that a film mounted on such a grand scale deserved. Overall, ‘Saaho’ is quite the potboiler that fires in all directions in an attempt to entertain the audience. But with a weak storyline, too many twists and juvenile execution, it ends up being a missed opportunity.

A man uses an arsenal of weapons to battle a gang of heavily armed thugs in the city. With the city under fire and people’s lives at risk, the one man has to give everything he has got to take the city back. 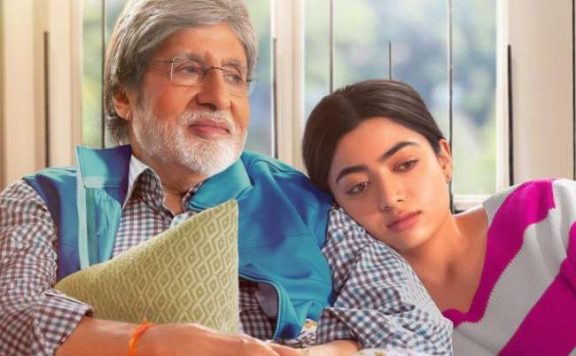