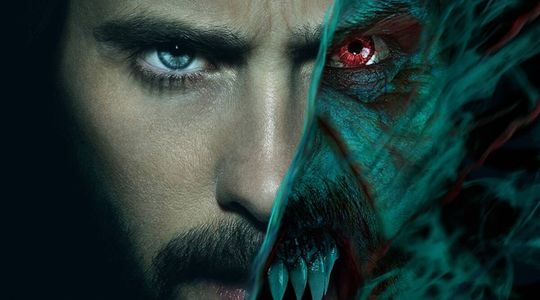 Just like most Marvel movies, this one too is essentially a story of the good versus the evil. Overall, ‘Morbius’ just about ticks all the boxes for a superhero film with plot twists that are neither unpredictable nor entirely satiating. Watch out for the thrilling moments, gravity-defying stunts and special effects that compensate for what’s missing in making it the action-adventure extravaganza it was expected to be.

What’s Good: Bits and pieces where Jared Leto as Mr. Morbius forms a bond with people only to be shattered more. What’s Bad: the makers not focusing on exploring those same bonds and rather focusing on everything else around them.Watch Only if you want to keep up with the timeline and the happenings. The end credit is more exciting than the entire movie here.

Matt Sazama and Burk Sharpless’ story is okay. Matt Sazama and Burk Sharpless’ screenplay is weak. The film is filled with ordinary and beaten-to-death moments that we have already seen in the previous Marvel and other sci-fi films. The dialogues are nothing special. On the whole, MORBIUS emerges as the weakest Marvel film due to the routine plot and unexciting script. At the box office, it will find it tough to survive due to the limited buzz and negative word of mouth.

It’s rare that a film gets almost everything wrong. And Morbius manages to achieve that spectacularly. Only watch Morbius if you are a die-hard Marvel fan or like meaningless action films, or quite simply want to watch something so bad that it’s funny.

Neither full-blown vampire movie – despite a reference to Nosferatu director FW Murnau – nor Marvel spectacle, Morbius appears to be a place-holder for an eventual spin-off featuring other characters from the wider comic-book universe. The reveal of one of them is about as exciting as watching a bored worker clocking in his attendance for yet another day at work.

Biochemist Michael Morbius tries to cure himself of a rare blood disease, but when his experiment goes wrong, he inadvertently infects himself with a form of vampirism instead.