Most of the blame lies in non-existent logic, as the movie’s primary purpose seems to drive one jump scare after the next. Sure, the first few appearances of the so-called Nun are disturbing, but her presence soon becomes endurable because there’s not much depth to her. Combined with misfiring humour, courtesy a French-Canadian who is inexplicably settled in Romania, the film’s tonality is also in jeopardy. Beyond a point, ‘The Nun’ follows a standard template as it relies solely on the eerie soundtrack and discomforting vibe, ending up being derivative. Little wonder then that it quickly loses steam, although it is bound to frighten those with a low tolerance to horror flicks.

It should be satisfying enough for fans of the Conjuring series – God knows if you’ve liked this stuff four times already then you’re probably down for another – but they’re really on their last breath here. It almost makes you want to urge them to tug on the rope.

The Nun works like a well-oiled machine. It starts with a prologue in which we are introduced to Valak. Then the new characters — Sister Irene, Frenchie and Father Burke — are introduced. They get a first taste of the horrors of the abbey and how life is six feet under. That’s where the first clue to unsolve the mystery is revealed. All three characters get separated to find three more clues that prove what happened at the abbey, to the nuns in the convent, and how they can save themselves.The Nun has more noise than scare for fans of fright. Watch it keep up with this ‘universe’.

When a young nun at a cloistered abbey in Romania takes her own life, a priest with a haunted past and a novitiate on the threshold of her final vows are sent by the Vatican to investigate. Together, they uncover the order’s unholy secret. Risking not only their lives but their faith and their very souls, they confront a malevolent force in the form of a demonic nun.
Cast: 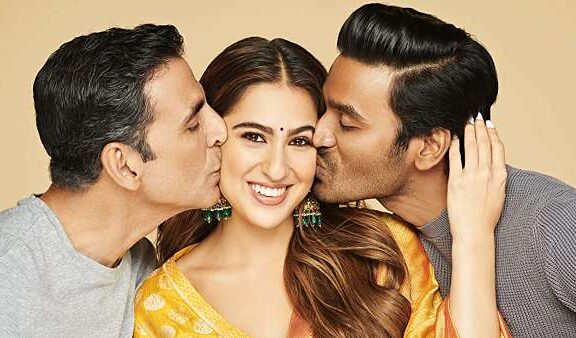