Dunkirk is robust filmmaking, and sits nicely with Nolan’s impressive body of work. It’s a riveting, overwhelming piece of cinema, and another reminder of how skilfully he marries affecting character drama with sheer spectacle. I’m going with four-and-a-half out of five. It’s one of the year’s best films.

War And Peace. That opening scene, with young soldiers finding flyers falling on them as if someone had shoved a bloodstained copy of Tolstoy into a cannon, is astounding, as is much of the imagery conjured up by cinematographer Hoyte Von Hoytema. These are beautiful, terrible images of devastation and desperation, and Nolan overloads us with them over the film’s mercifully short 106 minute runtime, evoking the claustrophobic feeling of being trapped in a video-game.

Nolan’s cinema is akin to meditating on screen and hitting transcendental peaks. And so it’s the quieter moments and evocative vignettes of fear, fatigue, guilt, desperation and homesickness that hit harder than its sensory profusion. Like the rare dollop of jam, a nondescript man walking into the wild waves and a smiling lady from Dartmouth stood out and moved me with their profundity in ways I was expecting and still came out surprised.

So it shouldn’t come as a surprise that ‘Dunkirk’ is another Nolan film that will reveal new aspects a second or even third time around.His decision to completely abstain from CGI, and opting for practical effects instead, makes every gunshot, explosion and dogfight feel extremely real and potent.  These elements combine to make ‘Dunkirk’ a purely visceral experience, especially in IMAX. While it is not for the average moviegoer – if you’re looking for a fun and mindless action flick there are other options around – it is the first real contender for ‘Best Picture’, and a number of other technical awards. If nothing else, it is yet another landmark achievement by one of the most important and skilled storytellers in the present generation of filmmaking.

Dunkirk does hold no promise of heroes you can cheer or mourn for, or of people whom we know beyond what they did that day. There are no photos tucked in wallets, no letters to post, no messages to deliver. Death comes quickly, without ceremony; boats sink fast, with just a whoosh as warning; and planes go down slowly, like a bird in agony. But the faces you will remember, the faces of men holding their toast and jam, staring at death, and looking uncomprehendingly at hope.

Dunkirk is one of the greatest war movies ever made – it’s certainly the tightest, most unwaveringly propulsive film of Christopher Nolan’s career. But it’s also as meditative as The Thin Red Line, as brutal as Saving Private Ryan, and sometimes, even as surreal as Apocalypse Now.

Nolan’s Dunkirk is a tale about sheer survival. His writing and direction keep getting better. Nolan has designed this film to transport you to the past, and he succeeds in that. Cinematographer Hoyte van Hoytema makes the screen come alive. This is an experience you cannot miss. When critics and the film fraternity all say that this is the best movie of 2017, they are not wrong.

Allied soldiers from Britain, Belgium, Canada and France are surrounded by the German Army on the beaches of Dunkirk and evacuated in Operation Dynamo between 26 May and 4 June 1940, during the early stages of the Second World War. 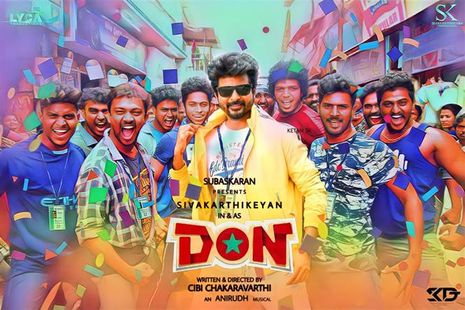