Mukherji packs too much into this narrative with multiple secondary characters and their back-stories. The violent incidents and constant swearing come at you so often, you turn slightly numb.I’m going with a generous two out of five for Begum Jaan. There is a strong feminist statement here, but unfortunately, it’s drowned out by all the noise.

BEGUM JAAN has its share of shining moments. On the flip side, there are imperfections that are hard to ignore: On the whole, BEGUM JAAN has curiosity-value and shock-value, both. Despite minor hiccups, BEGUM JAAN is a compelling watch with a hard hitting narrative and bravura performances as its USPs. The moderate costing of the film should also ensure smooth sailing for its investors.

But this film is plagued by bigger problems – starting with the decibel level. This story is so inherently dramatic and soaked in symbolism that it needed a light hand. But Srijit doesn’t create one subtle moment in the 134-minute running time. Everything is underlined. Characters shriek, scream and snarl. The writing is over-wrought and bombastic. You can almost see the film straining to be important with a capital I.

Begum Jaan is a highly melodramatic film that waxes frequently on how Hindus and Muslims are the same beasts, but – at its core, under all the shrillness – it is a frustratingly straightforward film about an eviction being carried out.Begum Jaan could well have been a film about a fantastic bunch of feisty, disparate women taking on all odds, but alas. We’re left only with memories of some melancholy bores.

In its preoccupation with drama, Begum Jaan neglects to reveal its soul. As a consequence, you feel nothing for the characters, their cause or fate.Fuelled by stagy impulses till the end, its climatic crossfire is elaborate but of little value.The shabbily picturised sequence of women blindly firing into nowhere upholds Begum Jaan’s flimsy, ill-defined rebellion where Mukherjee draws epic parallels to their resistance.

A plot that could have turned into a powerful allegory – you divide people at your peril, for no lasting gains – is run aground. And the climax is full of fire and faux brimstone and lots of speechifying, the ladies of easy virtue becoming a gun-toting ‘fauj’, before invoking a certain Rajasthani ‘rani’ who currently is the subject of a film with a troubled trajectory. Such a waste of a talented bunch of actors. And of Balan, who tries hard to invest some feeling into a role which turns into a cliché the moment the film opens.

It’s a good period and story to revisit because even 70-years after Partition, anything around it still piques interest. Then again, here the narrative deals less with the horror of the divide and serves more as an ode to the spiritedness of Begum; widowed in her childhood and sold to a brothel. Also, Mukherji is revisiting his Bengali film Rajkahini

Begum Jaan held a lot of promise for me after that scintillating trailer. However, the movie failed to replicate the trailer’s tight framework, and instead, makes an overdramatic mess of such an important chapter in our history. It’s a pity since Vidya Balan is really good here, and the premise looks promising on paper. Avoid Begum Jaan, unless you have a thing for overdramatic fare.

This picture, though slightly low-budget, is more over-the-top, or bombastic, driven to much melodrama, in the interest of grabbing attention, and popular entertainment, as it were. The appropriate euphemism is more ‘mainstream’.

The dialogues are strong, painful and riveting. While all of these are beautifully done, and the performances are the biggest highlights, the problem for the viewer by the end of the first half is the different layers to the story, all going on concurrently, and the way they’ve been put together. It seems a tad abrupt, but this is not that huge of an issue. In fact, it may even add to the ‘feel’ of the film.

Eleven prostitutes refuse to part ways during the partition between India and Pakistan. 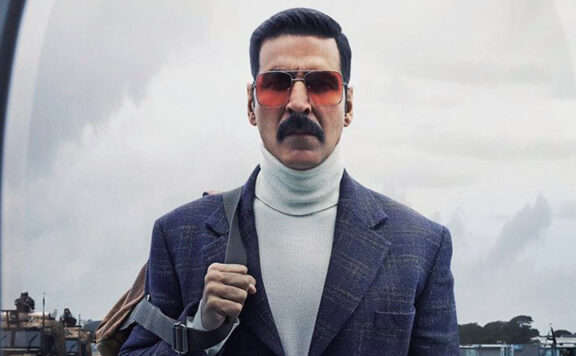