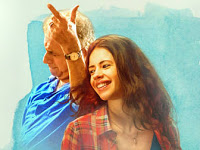 Despite its problems – and there are a few – Waiting is well worth your time. It sags post intermission, and the plotting is weak. But it raises important questions about life, love, and letting go. Plus there are those two splendid performances. That’s plenty to merit a viewing. I’m going with three out of five.

On the whole, Waiting is not a universally-appealing film and although it will win accolades and acclaim for its unique story, great performances, and beautiful narration, it will not get any box-office rewards whatsoever.

Director Anu Menon’s Waiting, a tender tale of love and letting go, recognises this largely neglected sentiment and builds its premise around two strangers bonded by despair. Stuck in a loop, it’s a privilege Tara and Shiv don’t have as they take refuge in anticipation till crisis has its closure and memories turn into nostalgia.

This is an apt one-line description of a film about life, lasting love and impending loss which explores a zone Bollywood doesn’t bother with. Which is itself so refreshing that you want to champion the attempt, as well some of the outcome, even if it doesn’t hit all the marks, all the way.

The movie traces two strangers – Tara and Shiv – who develop a heartwarming bond as they struggle through the long wait for their spouses to recover in a hospital. Directed and written by Menon, the movie is a warm narrative about an otherwise heart-rending situation that Bollywood would love turning into an unending melodramatic trip.

It is commendable that director Anu Menon has whipped up a warm tale about love, loss and surviving life’s catastrophic blows, with such simplicity. However, the writing wears thin in the latter half. Shiv’s big revelation was unnecessary and the writers seemed unsure how to end it for Tara. And yet, none of it matters. For Kalki and Naseer’s effortless performances, this movie deserves to be watched.

Waiting hinges on the unlikely bond that develops between a retired Kochi professor and a young Mumbai woman who are yoked together by a tragic turn of events and compelled to view existence in a new light. Waiting is beautiful and believable, a well-chiselled marvel that is watchable all the way.An understated and superbly acted film about loss, grief and the human need to cling on to the physical presence of loved ones, Anu Menon’s Waiting is at once heart-wrenching and uplifting.

Waiting is a clear sign of mint-fresh direction. Lovable and relatable characters etched into a fine story makes this one a great slice of a life film!.Waiting is a delightful film that breaks the norms of soppy emotional dramas to present something real. For the stellar performances by Kalki and Naseerduddin Shah, I am going with a 3.5/5 for the film.

The film revolves around an unlikely friendship between two individuals who meet at a hospital while nursing their spouses in a comatose state.