Airlift continued to  show good weekend trend in multiplexes and has once again gone up on the weekend.

Airlift has now gone past Jai Ho to be the highest grosser for a  movie released in January and Bhaag Milkha Bhaag on the 100 Crore club.

Airlift Continues to hold on in its third week despite a strong show by Ghayal Once Again and should go up again over the weekend.

1.) Airlift first week collections are the highest ever for Akshay Kumar in his career.

2.) First Week is All Time 20th Highest Ever just behind Dabangg and Agneepath and ahead of 3 idiots.

3.) First Week is second Highest ever for a movie released in republic day week after Jai Ho.

Day 4 India
10.4 Crore nett as per Producer figure
10.3 Crores as per Trade figure

First Day Box office collections of Airlift are lower if you compare it with opening days of other Akshay Kumar movies but is higher than Baby which had released to only 7.86 Crores last year in the same period.

The biggest positive is that the movie has collected more than Baby despite a clash with Kya Kool Hain Hum 3 and has reached an opening day in double figures which nobody in trade expected it to do.

If compared to 2015 movies Airlift would have had an opening day which was 9th Highest . Airlift has done slightly better than Tamasha which was again a multiplex movie.

Airlift is best multiplexes and in North India especially multiplexes of Delhi, Punjab and Haryana due to star pull of  Akshay Kumar but was weaker in single screens and mass centers of India

Baby had a day 1 of 7.86 Crore as per Trade Figure and 9.3 Crore as per producer figures details of Baby’s Box Office Collections are here

Airlift Budget is 40 Crores without Akshay Kumar Salary which is usually 20-25 Crores alone.

Akshay Kumar will however take 80% of Profit

Akshay Kumar followed profit sharing model because of the lessons learned in Baby which was an average performer.

Here is the Airlift Trailer also here is Airlift Review 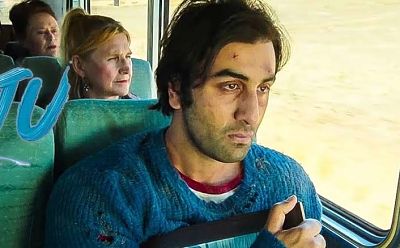