However, the movie fails because of its loosely-written story. Telling a convoluted saga of ambition, greed and friendship, Meeruthiya Gangsters fails to keep a grip on its central plot. The angles are bang on, but Zeishan fails to add gravity to his story that could have kept the audience hooked and involved with the story of his otherwise identifiable characters.

Meeruthiya Gangsters’ is so far from being the zippy crime caper it presumably set out to be that it leaves you stranded, wondering just what is going on. Transporting small-time ‘gundas’ to Meerut, and having them back-chat is not enough. But these elements, few and far in between, cannot be turned into a full-fledged watchable film.

Meeruthiya Gangsters is a pretentious, frivolous tale of a group of good-for-nothing friends from Meerut, who by happen to become gangsters. It is a staged drama which is often seen in films from Mr Kashyap’s stable. The pitfall of this film is writer- director Zeishan Quadri’s amateurishly penned script. The plot is formulaic and predictable. The female cast is used as the unconventional conduit to carry the story forward and to make it seemingly quirky.

The only respite in Meeruthiya Gangsters is the sly humour writer-director Zeishan Quadri laces his lines with. Barring that, there is hardly a show of his inspired writing. The primary problem here is that it doesn’t remain dedicated to its central plot. The film allows its energies to meander into its superfluous sub-plots, which dilutes the drama of the story. Meeruthiya Gangsters has flashes of Quadri’s brilliance, but the underwhelming script squanders all potential.

Directed by Zeishan Quadri, who contributed to the screenplay of Anurag Kashyap’s crime saga Gangs of Wasseypur and played the character named Definite, the 128-minute takes its own sweet time to get around to whatever it wants to convey – which is, in its cheerfully nihilistic way, nothing. As six kidnappers hatch frequent plots to amass money in the canteen of the college where they are supposedly enrolled as students, the screenplay luxuriates in their insouciant banter and complete lack of urgency

There is absolutely nothing concrete in the film. Neither do you watch something extraordinary, nor hear. Thanks to a highly punctured plot itself , the film doesn’t move much farther. Also since everyone is not Anurag Kashayp, handling multiple characters without any significance is certainly not working. The week has four releases so don’t waste your money on this one.

Debutant director Zeishan Quadri makes all the classical mistakes of a first-timer. One complains when star-studded blockbusters can afford to rake in crores without a plot. But this one dares to be produced without a star or story and hopes to pass as indie, a term loosely thrown around these days for modestly budgeted films.

Synopsis:  Meeruthiya Gangsters is inspired by the high number of extortion cases in the city of Meerut. A group of Meerut rogues aspire to become crime kingpins and local politicos. But, a major kidnapping makes them lose their all. 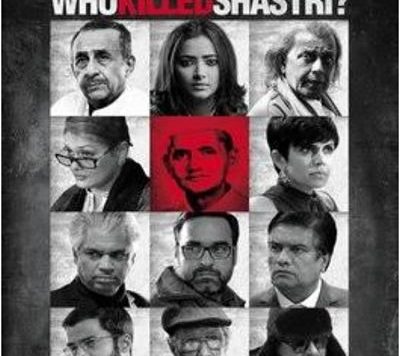