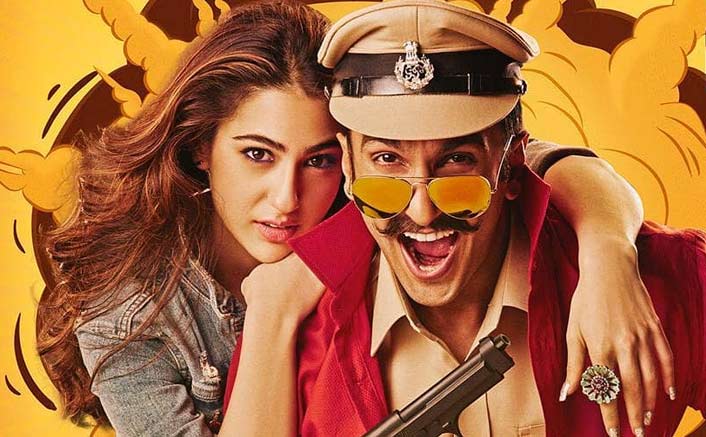 Anupama Chopra Did Not Review This Movie

Simmba, a remake of the Telugu blockbuster Temper, is ultimately one part Dabangg, one part Singham, and many parts frustrating old-fashioned 80s melodrama. The best thing about the film is the conviction Ranveer Singh brings to it. .I suspect this film will polarize viewers. There will be those who will enjoy the broad-strokes storytelling and gladly submit to the overt manipulation. Others might have a problem with the clunky messaging. No points for guessing which lot I belong to.I’m going with two-and-a-half out of five for Simmba. The film leaves a lot to be desired, but a star is re-born.

A solid, well-packaged entertainer with a powerful message… Rohit Shetty gets it right yet again… And so does Ranveer, who is outstanding… Whistles, claps, laughter assured… Expect a STORM at the BO.On the whole, SIMMBA is a sure-shot winner, no two opinions about it. This one will storm the boxoffice. 2018 is sure to conclude with a roar!

On the whole, Simmba is a super-hit fare. It will be loved by the classes, the masses and the families, by the young and the old, by the men, women, girls and guys. It will fetch bumper profits for all concerned. The word-of-mouth will be so strong that collections are bound to shoot up after the ordinary start in the morning shows on the first day.

This is Shetty’s best work, a film of unflagging tempo with a genuinely charismatic lead, and while the actual story — about a bad cop who starts avenging rapes — isn’t interesting or original, Shetty keeps it entertaining, albeit longer than it should be. We can debate the need for these throwback films, and there is indeed a problem with the way rape is used as a trigger for the leading man to turn good, but, as it stands, Simmba is not only ahead of Singham, but far superior to Dabangg, the blockbuster that defines the genre.

Amidst all this, film delivers what it sets out to do – give us full on masala entertainment along with seeti-inducing scenes. But overall, Simmba is a potboiler that you expect it to be, where the good surely outweighs the bad. There are enough paisa vasool moments including the cameo by the original Singham, Ajay Devgn. And it doesn’t end there. Shetty leaves you with a parting shot of another superstar already revealing the first look of his offering in 2019.

In Singham Returns Again, oops, sorry, Simmba, a police officer sloughs off his rough-and-ready skin and emerges as the savior of the poor and meek. Wait, haven’t we seen that before? Bad question, because this one could just as well have been called Singham part 3.

Ranveer is in his elements in both modes but his tendency not to ever temper his enthusiasm robs the film of the chance to deliver any nuanced moments. The film and its protagonist gallop from one big scene to another. Those that can relate to this kind of a-mile-a-minute momentum, the film will work just fine notwithstanding the mawkish, preachy tone it assumes in the lead-up to the climax. But if you are looking for breathing spaces, banish that hope forthwith.

Rohit Shetty, in whose cinema everything is larger-than-life, gives this film a comic book treatment. Desi Marvel, anyone?Simmba is tried and tested 80s Bollywood formula. But what the hell? If redux songs can be a super hit, retelling formula, 1000-times-over can also be super fun. Go for Simmba with a whistle and a packet of kurkure. This is masala, just ENJOY!

Shetty navigates a familiar ground here in this formula film mounted on a franchise that has proven its worth in box office gains. It’s not a film that will encourage one to rethink fundamental theories or alter societal thought, even though it aspires to be at one point. But it’s surely a masala entertainer that packs in laughs, drama, dishooms and a lot more — now that’s more than you can expect for a multiplex ticket.

How Inspector Bhalerao turns from a corrupt officer with a heart of gold into an avenger who goes after the men who have dared to lay a hand on his ‘sister’ forms the crux of the plot.Ranveer Singh proves a complete package. Rohit Shetty does not veer from his super successful tried and tested formula in Simmba – there is enough action, comedy, drama and foot-tapping music and dance to keep even the thought of a yawn at bay. If you are on the lookout for a totally masala, paisa vasool movie to end the year with a bang, we recommend you watch Simmba. The melodramatic, over-the-top film is sure to leave you on a high.

Director Rohit Shetty’s films are an acquired taste. In his brand of crackling, psychedelic cinema, words such as ‘subtlety’ and ‘restraint’ aren’t a part of his lexicon. If you are in the mood to watch a film that doesn’t pride in being high-brow or cerebral, then Simmba may roar its way into your hearts and minds. However, if you are looking for a movie that addresses rape with gravitas, then you are barking up the wrong roaring hero.

Simmba, a Corrupt Officer, enjoys all the perks of being an immoral and unethical police officer until a life-changing event forces him to choose the righteous path.