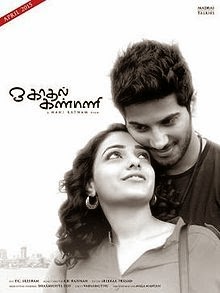 A R Rahman has outdone himself once again. Both the background music and the songs are exhilarating and perfectly in sync with the narrative. The simple dialogues that are the director’s trademark, the unique narrative style, realistic characters, and excellent performances coupled with great music and stunning visuals make Mani Ratnam’s O Kadhal Kanmani a must-watch.

Dulquer Salmaan checks off all boxes in the Can You Be The Next Madhavan? questionnaire, but it’s his co-star, really, who makes the movie. Despite my issues with it, I couldn’t stop watching — she’s so good. If Mani Ratnam keeps employing actors like her, he may not need to write those zingers anymore.

Visit Site for more
Ratings:3.25/5Review By: Behindwoods Review Board  Site:BehindWoods

Mani seems to be clear in one thing from the word go in OK Kanmani – to tease his audience by setting up scenes of possible cliches and then to surprise them with something else. This has worked big time for the movie. Verdict: Okay, moral of the story – One fine morning, Mani Ratnam got up and decided to make something special for all young people out there. He then makes OK Kanmani, and in style !

Overall, OK Kanmani is Mani Ratnam’s sweet little gem in his filmography. If you can bear the initial half, you will come out with a glint of smile and heartful of love. Verdict – First Half is “Just OK”; Second Half is “Double OK”