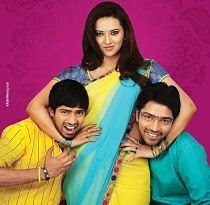 Given this situation in the industry, Jumpu Jeelani which is a comedy film fails to make the audience laugh. For the audience who expect a lot of funny scenes between the twins, this film is a major disappointment. Before the film’s release, expectations were high that Naresh in dual role will finally manage to get a hit film after a string of flops. But it turns out that Sattibabu wasted the opportunity by making an insipid comedy that bores you to the core. The catchy title and dual role by Naresh both go waste and the film tests the patience of the audience right from the beginning to the end.

‘Jump Jilani’, a remake of Sundar C’s Kalagalupu (2012), is a decently well-written comedy with a huge dose of two genres of comedy that have many a time gone hand-in-hand: comedy of errors and a bevy of quirky characters. Unfortunately, even a dab hand like Allari Naresh succeeds in somehow robbing the film of its sheen!

Jump Jilani is a remake of Shiva – Anjali starrer Kalakalappu, which showcased good performances from all its actors. The film had a fair slice of comedy and sentiment packaged in an interesting manner. But E Satti Babu, director of Jump Jilani, has failed to maintain good grip in characterizations of the leads, narration and script. The whole film is overturned with this change in nativity, unnecessary spoofs and characterizations, and that is mainly responsible for the horrible narration in the second half. To sum the things up, Jump Jilani reminds you of many films done like this, way back in the 1990s. The film is using an old template, suitably filled up to make some easy profit. But in spite of that its looks hilariously awful.

Jump Jilani has a story as old as Charminar and no wonder director is left without clue after a point. You keep wondering about the plot until the interval point. Timid hero going into a factionist family to bring his lover is seen many times already. Even Tagubothu Ramesh character says the same. Jump Jilani will easily go down as one more forgettable film for Naresh who is running through lean phase. High time for him to up the ante or else he will be forgotten soon. Jump Jilani is a film where you search for fast forward button all the time. It may not click on TV as well. 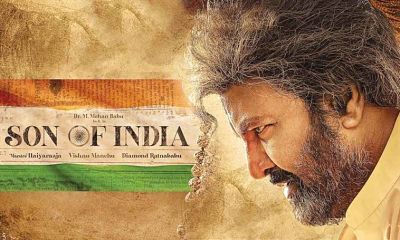