Naturally you’re reminded of the equally awful Naomi Watts starrer Diana, in which the fellow Australian actress played another much-loved princess. But while that film was so bad you couldn’t help laughing at its silliness, this one is just a plodding bore. I’m going with one-and-a-half out of five for ‘Grace of Monaco’. If you’re having trouble sleeping lately, this is just the cure you needed!

Director Olivier Dahan and writer Arash Amel have taken such liberties with facts that the Royal Family of Monaco actually put out a press release calling the film a farce. But the problem here isn’t the lack of historical accuracy. The problem is that the film is lifeless and overtly artificial. Despite Kidman’s overwrought performance, it never comes alive. Grace of Monaco works neither as fairy tale nor a deconstruction of a fairy tale. I’m going with two stars.

While Kidman puts in her best shot, the other performances are somewhat boring. Visually, the film looks pretty, no doubt. But that cannot hide the fact that there’s barely enough substance to keep a viewer engaged. Under Dahan’s direction, Grace comes across as a mix of a bleeding heart and Princess Diana-like patron saint of her people. Dahan had got it right with 2007’s La Vie En Rose, which was about the singer Edith Piaf. Here, for a movie that attempts to portray such an interesting life, the result is pretty bland.

Finally, if one were to see the film as a piece of fiction rather than a document of history, Grace of Monaco is a story well told, and engagingly so. It has breathtaking visuals and lovely people, and Dahan has an eye for detailing that makes his movie all the more arresting. Yes, Kelly’s life was no fairy tale, and she died tragically in a 1982 car accident. We do see bits and pieces of her sorrow and suffering (Rainier was hot tempered, who even slaps a visiting envoy). But Dahan’s creation has mostly to do with Kelly’s grit to pull her kingdom out of the darkness it was slipping into.

At the heart of this story lies a woman forced to make a choice neither of which will make her truly happy. Should she follow her heart, proceed back to Hollywood as sought by an embarrassing Roger Ashton-Griffiths as Hitchcock, and risk losing her children and being called a failure — something her father always hinted might happen? Or should she make the best of what she has in Monaco, however lonely it leaves her amid the intrigues of Europe’s oldest royal court, rediscover love with her husband and raise two children togethe

Despite having one of the most colorful personalities as the face of the film, the treatment and script do no justice to the material that’s being developed. It’s not just the pace, but the way events unfold that makes you uneasy and restless. Dahn seems to be in a mad rush to give us that big ending with the speech and the spotlight on Kelly. Stuck between attempting to be an accurate biopic and an entertaining drama, Grace of Monaco dazzles but doesn’t impress. 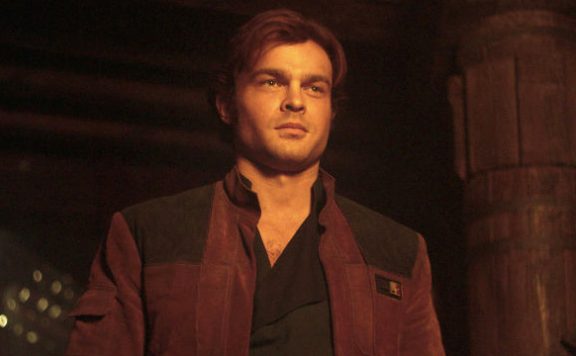