Home » hollywood reviews » How to Train Your Dragon 2 Review 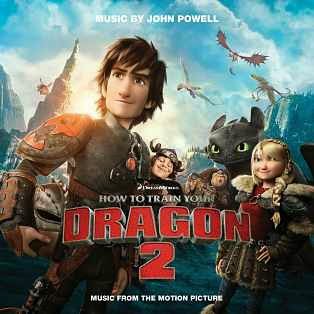 How to Train Your Dragon 2 English Movie Review

Seldom as lighthearted as its predecessor, this sequel cuts deeper, taking Hiccup and Toothless on an emotional journey that is more dramatic, and darker even, including a tragic twist that might be too intense for little kids. I’m going with three-and-a-half out of five for ‘How To Train Your Dragon 2’. This is that rare sequel that does’t just deliver more of what worked the last time, but forges ahead with brave new ideas.

How to Train Your Dragon 2 is a surprising film. Like the original, the sequel is also based on a world and characters created by Cressida Cowell.The first half feels frantic yet predictable with the affable, adolescent hero Hiccup facing daddy issues, lots of soaring dragons and a cocky dragon hunter threatening the peace.  And quite suddenly, the film shifts from a routine, genial romp to a story with serious emotional stakes and complexity. Here, actions have serious consequences. How to Train Your Dragon 2 has both visual and emotional density. I’m going with three and a half stars.

How to train your Dragon 2 should be studied by filmmakers to learn ‘how to make a sequel’. For a change, it is not just a rehash or remake of the 2010 Oscar-nominated film. While keeping the spirit, titular characters and visual excellence of the previous installment intact, a new story, characters and plot twists are introduced to lend novelty to the proceedings. The makers manage to keep the high-flying action and pace impressively consistent. Not once do the scenes get sluggish. The 3D animation breathes life into the story, without overpowering it.

What’s great about How To Train Your Dragon 2 is that it doesn’t take its inevitable existence for granted. Rather it’s a continuation of the tale instead of yet another victim of the forced franchise syndrome.In this decidedly darker, deeper follow-up, the story steps out of its comfort zone to embrace extreme challenges and impart a lesson in nurturing and compassion. It may not possess the perky spirit of its predecessor but lays out enough merits on its own to enjoy just the same.

The story soars and the Vikings go further and higher to newer and well-imagined lands with details doing justice to the film’s 3D branding, more characters come in, including strong women roles, and the film again packs in a fair amount of surprisingly tender scenes and touches. It doesn’t even have to throw in a joke, so smooth does this tale run.

While the first time around the plot was simplistic and the animation easy on the eyes, this time around the visual team has put together some amazing flying and 3D action sequences that put more CGI muscle to the project. Thank fully the makers kept in mind the adults along the kids when they went to the drawing board. A sweet sequel to one of the cutest dragons made in animation history, the film will appeal to both kids as well as their parents.