Yes, the film is jingoistic in parts, but when you are talking about a rebellion that eventually inspired another movement of epic proportions (the Indian Rebellion of 1857), this kind of chest-thumping patriotism doesn’t come as a surprise. While the storytelling has its flaws, what needs to be lauded is that the makers pulled out this tale from the pages of history and mounted it on such a massive canvas for us to see.

Sye Raa Narasimha Reddy is the story of India’s first rebellion against the East India Company. The film is an absolute mix of all the best things South Indian film industry can do. At the same time, it also brings the iconic way of storytelling. Amid Jhansi’s Rani Laxmibai’s battle with the British Army, when her men are about to give up, she takes the time out to motivate them with the story of the first freedom fighter, Sye Raa Narasimha Reddy. It is the story of a man who conquered death at his birth.

Sye Raa has enough strength to start a rebellion even today. It is a tale of how the warrior changed the future with his life and even in death.

Director Surender Reddy mounts his magnum opus on an ambitiously massive scale. It helps that cinematographer R Rathnavelu’s frames elevate the proceedings beyond the script. That said, this film takes pointers from Lagaan, Mangal Pandey and a dozen others in drafting a saviour who selflessly commits himself to fight for the lesser mortal. Resemblances with Baahubali are plenty too, but there’s undoubtedly more blood squirting and severed heads here. Also, Reddy seems right out of a superhero movie — he meditates underwater, saves children from burning houses and even cracks open doors with his bare fist. But he is not the only over-the-top figure here. One of the British officers, possibly modeled on Aaron Paul in a Jethro Tull tribute band, actually has a panther for a pet. While this feline creature survives on chunks of BBQ-ed meat, on one instance, he’s allowed to feast on a human head. This peculiar scene is almost symbolic of what this film does to unsuspecting audiences–it has your head and eats it too.

On the whole, SYE RAA NARASIMHA REDDY is a great patriotic saga and a visual spectacle that leaves a tremendous mark thanks to its plot, Chiranjeevi’s performance and massy execution. At the box office, it has the potential to succeed.

All said and done, Sye Raa Narasimha Reddy is no Baahubali but the good thing is it’s not Saaho either. Watchable just for Chiranjeevi’s explosive performance & it’s brilliant scale.

The story was set around 10 years prior to the India’s first war of independence of 1857. Uyyalawada Narasimha Reddy (Chiranjeevi) is an emperor from the Rayalaseema region of Andhra Pradesh who lived happily with his wife Siddhamma (Nayanthara), his mother (Lakshmi Gopalaswamy) and with his people. During that time, the British East India Company came to India for business but soon started to torture Indian people and loot and ship the Indian resources back to their country. When Narasimha Reddy is witnessed by their atrocities, he gets furious and leaves his throne, wife and mother and teams up emperors of other region Veera Reddy (Jagapathi Babu), Avuku Raju (Sudheep), Raja Pandi (Vijay Sethupathi) and his guru Guru Gosayi Venkanna (Amitabh Bachchan) starts a rebellion against the British East India Company. 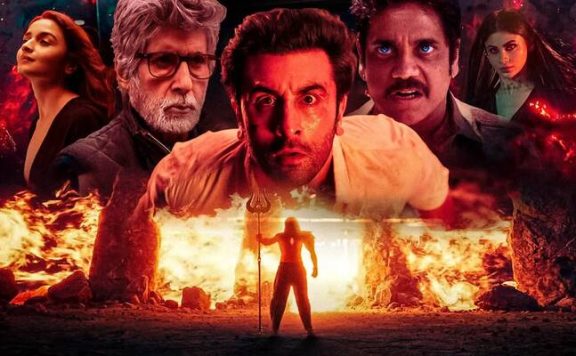