Other than showcasing the sights and sounds of Singapore and a girl’s struggle to fit in, the film subtly speaks of breaking norms and accepting people for who they are. Comprising an all Asian American cast, the film focuses on the region’s (Asia) wealth, which is refreshing. Despite its conventional story, ‘Crazy Rich Asians’ is a pretty romantic ride, rich in emotions and Asian in its sensibility and values. It will make you believe in love and what’s meant to be, will be.

Rachel Chu is happy to accompany her longtime boyfriend, Nick, to his best friend’s wedding in Singapore. She’s also surprised to learn that Nick’s family is extremely wealthy and he’s considered one of the country’s most eligible bachelors. Thrust into the spotlight, Rachel must now contend with jealous socialites, quirky relatives and something far, far worse — Nick’s disapproving mother. 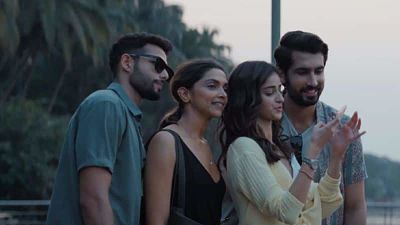