Friendly ghosts are A lot of fun if treated with wit and fascination. Or fodder for philosophy to muse on matters of mortality and the afterlife. Faraz Haider’s Nanu Ki Jaanu — a remake of the acclaimed Tamil flick Pisaasu — neither has the humour to amuse nor the soul to affect. A wishy-washy hotchpotch of horror and comedy — like the recent Bhootnath, Phillauri and Golmaal Returns — it flounders in finding a harmonious balance between two contrasting genres.

Loosely based on Tamil film Pissasu (2014), Nanu Ki Jaanu takes refuge in ‘banana peel’ sort of humour. Occasionally it works, but mostly it irritates. The ordeal gets more painful as the film progresses.Nanu Ki Jaanu is 132-minute of convoluted chaos. Some talented actors are wasted and some are given a free run to waste their talent. This is certainly not what we expected.

Nanu Ki Jaanu is a sloppy remake of the 2014 Tamil hit Pisaasu. Right at the outset, due acknowledgment is apportioned to Bala and Mysskin, the producer and director respectively of the original production, which had garnered reasonably good reviews. This version is no patch. Screenwriter Manu Rishi Chadha, who also plays the property shark-hero’s principal accomplice, takes liberties with the plot details – in Pisaasu, the hero is a violinist left holding the dead girl’s slipper; in Nanu Ki Jaanu, he is an extortionist who uses threats and subterfuge to con people out of their houses and is saddled with the accident victim’s necklace. That does no good.Nanu Ki Jaanu is about a girl who becomes a ghost and disappears into a chimney, taking the film with her into the pits. We deserve better.

‘Nanu Ki Jaanu’ brings together Abhay Deol and Manu Rishi in a similar setting after ‘Oye Lucky! Lucky Oye!’ where both play North Indian conmen. But this time, the sparks don’t fly like how they did the last time they teamed-up. While the story is unique and interesting, the execution is flawed, especially when it comes to the horror elements. The ghost here is not up to any really funny business which is off-putting considering it is a comedy

The film may have been a larky idea, but practically nothing rises above the execution. Deol, who has been struggling for a while to get back in his groove, looking and sounding a lot like his cousin Sunny here, will have to wait. Patralekhaa, who showed such promise in City Lights, deserves better. The only one amongst its cast who manages to somewhat break free is Manu Rishi, with his ‘tu jaanta nahin hai main kaun hoon’ schtick. But after two iterations, even that becomes tiresome.

NANU KI JAANU is a remake of a Tamil film PISAASU and is written by Mysskin. The adaptation by Manu Rishi Chadha is very poor. Manu Rishi Chadha’s screenplay is very weak and only a few moments stand out. NANU KI JAANU doesn’t have a great beginning but one hopes for things to get better as the film progresses. The intermission point is intriguing. But shockingly, the film goes completely downhill in the second half. The narrative goes haywire. The last 30 minutes of the film are bizarre to say the least and it’s going to raise questions as to how the script got approved in the first place.

What’s Bad: Time wastage of talents like Abhay Deol, Manu Rishi Chadha and Rajesh Sharma behind a project like this; we deserve something like Oye Lucky Lucky Oye.Loo Break: That’s a viable question only if you go to watch this movie even after reading my review.Watch or Not?: Remember the people Abhay loots in Oye Lucky Lucky Oye? If you’ve to feel how those victims felt please go ahead and watch this.

Nanu Ki Jaanu is a dark comedy, the story of which revolves around a Delhi land mafia agent (Abhay Deol) who tries to deal with the arrival of a ghost in his apartment. 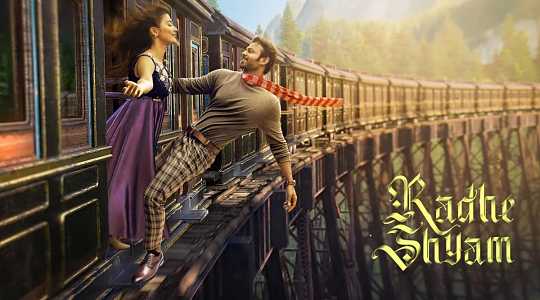